Rocksins caught up with Exit Ten ahead of their Hellfire II performance. We recently reviewed the latest release from the band, “Remember the Day” but a new album is due out soon.

Rocksins: So how did you guys get together?

Chris: Well we have 3 brothers in the band and a friend in Joe that we’ve known since we were little kids! So the backbone has always been there as we’ve been playing together in some shape or form since we were all in school. Ryan came in around 2003 and thats when the sound and style of the band came together.

Rocksins: What are the bands influences and which do you think shines through the most?

Chris: Its difficult to pinpoint a main influence as we’ve always tried to mix things up. Killswitch Engage is quite possibly a good one when we started out but with Ryan coming from a different musical background there’s a little more to it than that. We have very wide tastes from very heavy metal to things like Radiohead, Jeff Buckley and Tool. And that all contributes to the sound. Particularly the newer stuff!

Rocksins: How was playing download festival last year? are you looking forward to hellfire?

Chris: Download was great yeah, it was a very fun summer what with the album coming out. Fests like Hellfire are always fun because there are always friends there to hangout with and they are always good shows.

Chris: Deftones is another big influence from back in the day to now, so it was a big thing to play with them in front of such a huge crowd and to get an amazing response as we did just made it even better.

Rocksins: What was it like recording remember the day?

Chris: A bit daunting as your début is always important but we were confident in the material and Mark made things very relaxed so it was a nice experience.

Rocksins: How did it feel to go from playing as a support act for hugely successful bands, to your own headline shows with bands supporting you?

Chris: It certainly feels like you’ve made a progression and things are going forward so thats always good.

Rocksins: What’s the recording process like for you as a band?

Chris: We’re all pretty chilled out and we’re very fussy when it comes to rehearsing and writing to its fairly smooth. There are always little snags you may come up against but on the whole we just have fun with it. We really enjoy it.

Chris: Very well, we have almost 11/12 songs finished now and its certainly sounding a little different and very exciting. It was nice to go into this with the mindset of writing a completely new set of songs and we’ve certainly moved somewhere with the writing…..

Rocksins: Any ideas on release dates for the new album?

Chris: Most likely June next year but its always hard to say at this point.

Chris: Not sure we have a fave venue per se, we have places we love playing because of the reactions of the crowds. Personally I always enjoy the Birmingham barfly and Islington Academy in the UK.

Rocksins: What your favorite live song to play and why?

Chris: All the new album songs are extremely fun to play but of the current crop id probably say Resume Ignore.

Rocksins: What’s on your music playlists at the moment?

Chris: The new Muse album, OK Computer, Every Time I Die and Porcupine Tree are doing the rounds in my car at the moment.

For more exclusive rock & metal artist interviews please make Rocksins part of your daily Internet browsing habit, you never know what you will read here next. 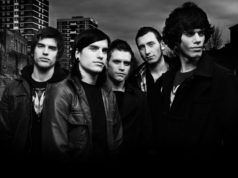 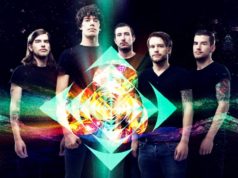 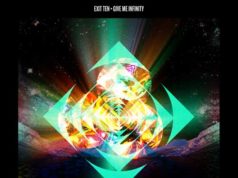