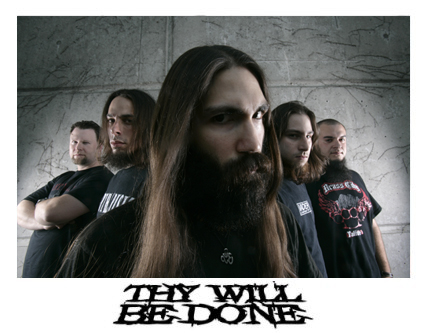 Rocksins’ latest live metal review comes to you straight from the US of A. I was going to write a review on the entire lineup of this year’s Stillbornfest acts but it ended up being more so about one band than any of the others so I have decided to scrap my original plan and pay this band the homage that they deserve. When you hear Stillborn everyone automatically goes for the big guns and starts chanting for some good ole Hatebreed. They are without a doubt the reason people come out to the shows but this write-up isn’t about them. It is about the one band whose killer sound and in your face lyrics that stole the show for me. I am talking about no other than Thy Will Be done.

Thy Will Be Done isn’t just another metal band who shows up just for the paycheck. From the first head of hair flying to the last fist in the air at the end of the set, these five guys pound you in the face with some of the most frenzied rage inciting music you will ever witness. The set started off with frontman J Costa kneeling on the stage facing the drum kit as the rest of the band was playing the intro music. The drums were beating a nice steady beat as the guitars began to wine. As the music began to grow J commenced to rocking back and forth as he began to summon a power deep within himself that was about to be unleashed on the seething crowd. Right as the music culminated to its peak, J leapt to his feat and it was like a bomb just went off in the place. Chris and Kurt took to shredding like vicious metal beasts while Eric and Bob belted out a ferocious rhythm of bone crushing beats. Take all of this and toss in the energy and vocal stylings of Mr. Costa and it created a catalyst of metal musical perfection.

The quality of the musicianship that Thy Will Be Done brings to the table is un-fucking-real. I have listened to In Ancient of Days over and over again and was quite hesitant to get my expectations up that they would be able to deliver the same amazing quality in their live performance. It was such a great moment to have those doubts smashed and destroyed as Thy Will Be Done promptly kicked our asses and tore Jaxx apart. Lots of bands put on good shows but these guys were spot on astonishing throughout their entire set.  I have seen many bands grace the stage at Jaxx and Thy Will Be Done put on one of the most remarkable sets I have ever witnessed by far. The only thing that would have made the set any better is if it had lasted longer.

Thy Will Be Done is finishing up the last few dates of this year’s Stillbornfest and then will be touring in support of DevilDriver through the middle of February promoting their latest release, In Ancient of Days on Stillborn Records. While you are waiting for Thy Will Be Done to come destroy your town you can catch up on all their latest news and info over at their Myspace page and you can also follow them on Twitter as well. Luckily for me they will be coming back to Jaxx in January and I can’t wait to witness the metal reformation that is Thy Will Be Done once again. 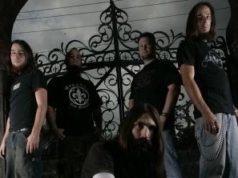 Video Interview With J. Costa of Thy Will Be Done