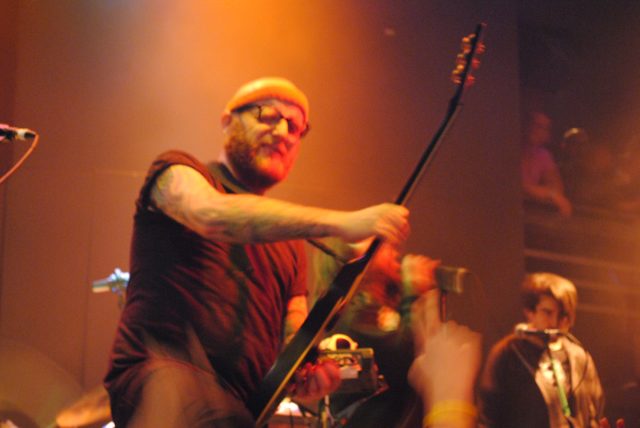 So first up let me say this gig was so badly organised we felt sorry for the bands. There was some mix up along the way which left the bands pretty pissed off so we missed out on an interview with Skindred, BUT now that’s out the way I wanna get on with the live review, of which Forever Never and Skindred brought the house down.

Death Of Thieves were up first, and although having never heard their material before, I was very impressed. They put on a great live show, a very energetic band who defiantly have the stage presence of seasoned musicians who I get the feeling we will be seeing more of in the future. Unfortunately not knowing the band I cant tell you what songs they played, but look back for a review of their releases soon.

Up next were Forever Never. They started off amazingly well, pulling in the crowd from the bar, and nearly everyone watching them was singing their heads off. For such a tiny stage they make the most of it really getting the crowd going with favorites such as Empty promises and Never Enough. Forever Never are one of those bands you expect to be much much bigger than they are, and it seems a real shame there not. They put on amazing live shows and have tunes to back it up. A great set all in all and check back for more Forever Never soon.

Up next were the mighty Skindred. Pulling in the rest of the stragglers, the crowd rushed to the stage for Stand For Something. its amazing how much showmanship Benji has and it seems it’s not just the quake club Benji likes to rock, everywhere they go they seem to make peoples weeks (it’s all I’ve heard about from Hammerfest!)

Benji did a skit about his neighbour being a twat telling him to turn his AC/DC down and it really got the crowd going, before launching in to Pressure, a song put together in protest of his neighbour’s request, before mixing in some AC/DC for good measure.

Note for note Skindred were perfect, timing was perfect, sound was amazing, and the crowd were going mental, even when Benji took to playing samples of songs such as Shaun Paul, I’ve never seen so many metal fans dancing to dance classics! It was such a good night that it;s one of those gigs you wish you could go back and revisit, and Rocksins definitely will be visiting Skindred Again.

After parting the stage the crowd went mental for an Encore, where Skindred obliged and pulled out the classic Nobody, which made everyone go crazy. A Perfect song to come back on with – surges to the front, pits in the middle, and everyone dancing their socks of. Skindred we salute you! A brilliant live show from the Welsh ragga metallers 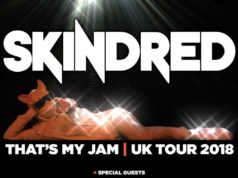 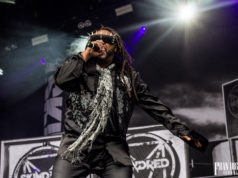 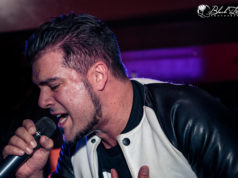