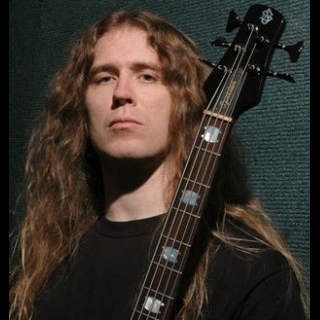 First known for their graphic, controversial art work and equally controversial lyrics, American Death Metal band Cannibal Corpse have had a strong 23 years in the business. Their early beginnings saw them quickly become one of the most influential bands in the genre, not only for their style, imagery and sadistic lyrics, but for their success, there’s no denying that Cannibal Corpse have proven that a Death metal band can be successful, at least in terms of sales, as, in 2003, they hit the one million mark for total record sales. Over the years though, Cannibal Corpse have stuck to their guns, never deviating from their own set path, slowly evolving to become a band nearly every modern day death metal band owe an oath of thanks to. But what next for a band who’ve seemingly done everything within their limits? We’ve been talking to one of the founders of Cannibal Corpse, Alex Webster, about the band and what’s next for the Corpse. Read on…

Rocksins: Cannibal Corpse have been together now for over 20 years, what keeps you guys motivated after all these years?

Alex: We still really love to play this kind of music. Of course, we need to make a living as well and this band is our career so that’s a motivator too, but our love of death metal is still the strongest driving force. We really feel that we have yet to make our best album, and we won’t be satisfied until we have made something that we can consider our masterwork. We may never get there, but we’ll keep trying.

Rocksins: At the moment, you currently have no tour plans for 2011; can we expect something to be announced soon?

Alex: Most likely not. We have no plans to tour in 2011. We are currently home in the Tampa Bay area writing our next album, we’ll record it in September so that will leave us with an early 2012 release. So, we’ll probably wait to tour until the album is released.

Rocksins: You have a new DVD coming out in February called Global Evisceration; can you tell us a bit about that?

Alex: The DVD was filmed in several different countries that we visited on the Evisceration Plague World Tour. It has lots of concert footage as well as behind the scenes footage. Denise Korycki, the filmmaker behind our “Centuries of Torment” DVD also made this one, and once again we feel she has done an excellent job.

Rocksins: The last two Cannibal Corpse albums have been a lot less graphic in terms of the album art, has this been a conscious decision or something that has naturally happened?

Alex: A little of both I guess. We prefer darker and more ominous covers these days as opposed to the bright, graphically violent splatter themes of our older covers. It seems to fit the music we’re currently making a bit better. Also, having a less graphic cover helps to ensure it will be available in record stores. These days many record stores are out of business, so if we can’t get our album into the few that remain there would be little point in releasing a physical product. The way around this problem that works out best for us and our fans is to have two pieces of art for the album. A darker, less graphic cover and then something more violent and graphic inside. The censors seem to ignore the interior artwork so the problem of being banned from record stores is avoided. Also, our fans seem to enjoy getting two pieces of art instead of just one.

Rocksins: When you first came out back in 1990 it was fairly easy to shock people with album art and lyrical content. Do you think bands these days are finding it increasingly harder to find that shock factor? And if so, what can bands do now that is genuinely shocking? After all, by now we’ve seen pretty much everything.

Alex: Our primary goal has never been to shock; our goal has always been to make the heaviest death metal we possibly can. The violent lyrics are just something that we feel fits the music we’re making. So, whether or not they shock people is not that important to us. As far as bands that are interested in shocking people, well, I’m sure they’ll find a way. We may think we’ve seen it all, but we haven’t.

Rocksins: A band like Cannibal Corpse have arguably covered as much ground as they can in the death metal scene, what’s next for the band? Or do you aim to stay on the same path?

Alex: We just want to continue on the same path artistically. There is still a lot of room for creativity within the boundaries of the death metal genre so we do not feel limited at all. We’re happy to play shows and do tours with bands from other genres, this helps to spread the word about death metal….but just because we play shows with these bands doesn’t mean we’re interested in changing our sound. Cannibal Corpse is and will always be death metal.

Rocksins: When you look back at your career with Cannibal Corpse, do you look back with pride or do you have any regrets with the band?

Alex: In general we’re all quite proud of what we’ve accomplished. It’s far, far beyond anything we could have imagined. We’ve made some mistakes along the way, but things have turned out great so I wouldn’t change a thing.

Alex: I’m really looking forward to hearing the new Morbid Angel album. Also, there are a lot of great tours happening that’ll I’ll be able to check out since we’re home this year: Symphony X/Nevermore, Accept, Ozzy, Iron Maiden…it’s going to be an awesome year for live metal!

Rocksins: Thanks for taking the time to do this interview, all the best for the future of Cannibal Corpse and everything you guys do.

Alex: Thanks for the interview!

You can check out Cannibal Corpse and everything you need to know about the band by heading over to their website which can be found here. Whilst you’re here though, here’s a video of the title track from the bands latest album Evisceration Plague: 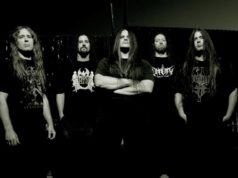