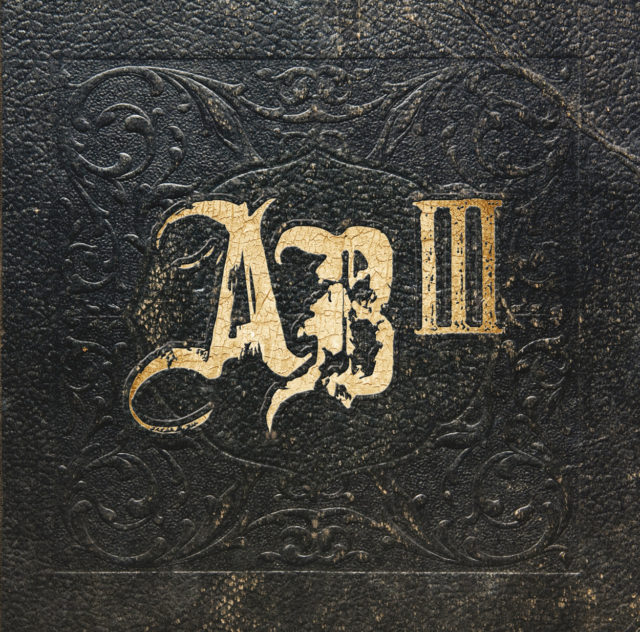 I’m going to start this review off by admitting something “uncool”. I really liked Creed back in the day. There, I said it, abuse will descend upon me from Twitter and god knows where else. Don’t worry readers, I’m not a complete lunatic. The transition from Creed to Alter Bridge was a fantastic thing, and I hoped that with Myles Kennedy onboard, mssrs Tremonti, Phillips and Marshall would have never looked back. The Creed reunion did leave me somewhat afraid that we wouldn’t be blessed with another Alter Bridge album, especially as Myles did his own thing with Slash to awesome results (one of the performances of Download 2010 thats for sure).

Fear not, Alter Bridge are back and have a new home at Roadrunner Records. One of Roadrunners best moves in a long time was to sign up Myles and the boys. New album AB III promised to be something of a make or break album for the band.

I am known for the odd exaggeration, but to say this album is quite magnificent is a rediculous understatement. On AB III, Myles reputation for being a fantastic rock vocalist with a terrific range will be enhanced considerably further, hitting everything from soft notes to really bellowing lyrics at times with an edge more noticable than on the previous two Alter Bridge albums at times, especially on tracks such as the superb album opener Slip To The Void (which also has a trademark fantastic Tremonti solo) and Isolation.

On AB III, Alter Bridge manage to produce darker, heavier material than they ever have before. Some of the riffs are truly crunching and have real bite to them and the darker tones may or may not reflect their new record label home. Conversely, they have also produced some of their most uplifting material with songs like the fantastic Ghosts Of Days Gone By and Breathe Again.

Mark Tremonti has commented about AB III that “One song could be real pretty at one moment, and sound desperate and lonely the next second”. This comment sums up the mind blowing “Wonderful Life”, on which Myles Kennedy in particular excels, you can just feel the emotion in his voice coming through your speakers. It is the finest example of the “rock ballad” I have heard in a very long time. This also applies to the elegant Life Must Go On, which could almost be described as the opposite side of the coin to Wonderful Life.

To summarise, in my opinion AB III contains more songs that sound like surefire hits than either of its two predecessors. The album grips you from start to finish with high level musicianship, some great lyrics and a wonderful vocal performance all the way through. This is the best pure rock album I have heard in years, and a definite candidate for album of the year.