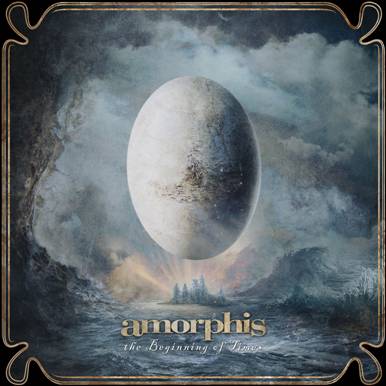 When a band part ways with their frontman it can often send them on a downward spiral of uninspiring fodder, or, it can rejuvenate the collective creativity and send them on a surging incline with a new found purpose. Amorphis, undeniably, are part of the latter. Ever since lead vocalist Tomi Jousten joined the band back in 2005 they’ve gone on a stampede of unrelentingly brilliant albums, each one better than the next. 2009’s Skyforger was the pinnacle of this form; it had everything the band had been striving towards – atmospheric moments of sheer beauty and stadium shattering choruses all intertwined with folk-esque leads and succulent keyboards. In many ways, The Beginning of Times is very much an extension of Skyforger, and Amorphis have deviated very little from the path that has served them well over the last few years.

In typical fashion, the album kicks off with a beautiful piano lead and melodically driven guitars followed by infectious vocals that are instantly hummable. Whilst Amorphis undoubtedly lack in terms of bombastic riffs, mind you, they almost always have, it’s the vocals that drive the album. With sublime flourishes of celestial hooks mixed amongst the occasional incisively assailing guttural vocal punch, Tomi delivers spectacularly once again. But, whilst the vocals are sublime, the band itself also play with such panache and sheer brilliance that you can’t help but be absorbed by their allusive charm. Beauty amalgamates with darkness with expert precision, perfectly constructed atmospheres sweep through the album with stunning ease whilst guitar solos are more about carefully selected notes than self-indulgent fret wanking. Lead single You I Need blends everything good about the album with eerie keys, powering, anthemic hooks and even female vocals that simply add to majestic beauty of the record. My Enemy pounds along with catchy guttural aggression and On a Stranded Shore almost brings a tear to the eye as emotional vocals float alongside wondrous musical arrangements. Admittedly this isn’t quite as good as Skyforger, but that merely states how good that album was and shouldn’t be taken as a criticism against The Beginning of Times.

Whilst Amorphis may not be in everyone’s radar – and whilst Machine Head and Lamb of God carry the flag for the new generation of heavy metal – few could argue that Amorphis rightfully carry a much smaller flag in a much more distant background. The Beginning of Times is another incredible release from a band on ridiculously good form, if you had any love for Skyforger, or any album since Tomi joined the band, then there’s a good chance you’ll love this one too. Once again the Finnish boys riding in the back seat to their more successful country men Children of Bodom prove why they’re metal’s unsung heroes.

The Beginning of Times will be available from May 30th and can be purchased here.

For Fans of: Opeth, Enslaved, Before the Dawn and beautifully anthemic music

Album Highlights: Battle For Light, You I Need, On a Stranded Shore and Mermaid 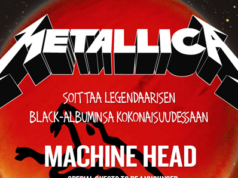