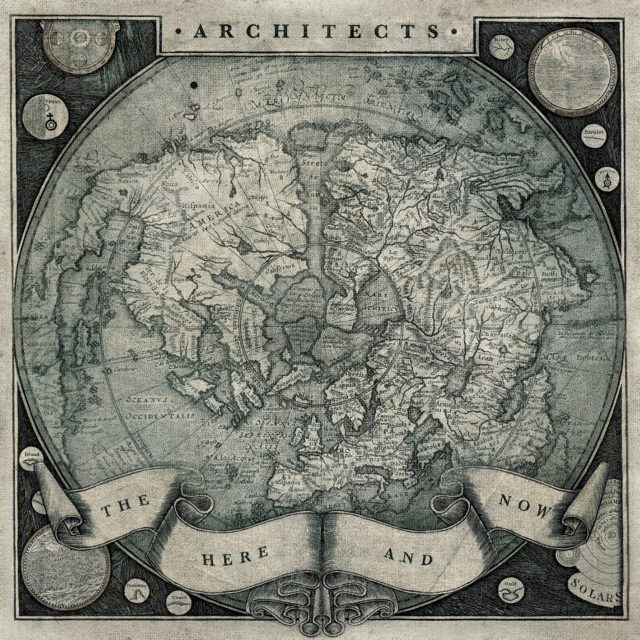 When a band changes style, or tries something new, we always like to praise that band for at least trying to bring something extra to their sound. There can, however, be a thin line between ditching what your band is about – much like Linkin Park have recently done – and injecting a new excitement into the bands music. So when, during the making of this album, Architects said the new album will be greatly different to anything they’ve done before, it was safe to say we were intrigued.

There’s no denying that this album starts with a bang, ‘Day in Day Out’ and ‘Learn to Live’ pound along like a stampede of vigorous Bison, with hardcore hugging riffs, melodic post-hardcore choruses – much reminiscent of Funeral For a Friend – and enough bounce to make a trampoline look pointless. ‘Delete, Rewind’ is more of the same, with heart thundering drums and hook laden vocal lines, these opening songs are everything you could ask for in a post-hardcore album, it has the hooks, the riffs and the arena hugging gang vocals. Unfortunately though, as ‘BTN’ fades out and in comes ‘An Open Letter For Myself’ the album loses a lot of its boisterous pace and becomes quite sterile, and at times, exceptionally boring. The same can be said for the second ballad of the album, ‘Heartburn’, which again is an eyelid-acher – as in it’ll put you to sleep – but there’s no doubt these songs will make Architects a bigger band. They’ll undoubtedly get more radio play, reach a much bigger audience and pick up a whole new following.

As a whole though, The Here and Now is not a bad album – it has massive highs, and barrel scraping lows. It’s like taking a bike ride over a rocky mountain with one flat tire, there’s nothing smooth and consistent found here, one minute Sam Carter is ripping his throat out and next he’s trying to make love with it. We all love a bit of light and shade on an album, but when the shade is brilliant and the light is shocking, it verges on the pointless. A perfect example of this is the album closer ‘Year in Year Out/Up and Away’ which begins with a relentless, ferocious pace, added by the vocals of Greg Puciato (Dillinger Escape Plan fame), but, after two minutes, it turns into this pointless, directionless monstrosity that lasts an extra 5 minutes. Luckily, though, as it is the final song of the album, all you need to do is take the disc out and pretend it has finished.

Maybe it will be the case that this album will act as a stepping stone to greater things, if Architects can take what they’ve done here and make all of it better, then we may find something genuinely great, we all know they have the ability, Hollow Crown proved this tenfold, but for now, they can’t quite cut the mustard.

For Fans of: Funeral For a Friend, Woe is me and Comeback Kid

Album Highlights: Stay Young forever, Day In Day Out and Learn to Live

The Here and Now will be released on the 24th of January and can be pre-ordered here.