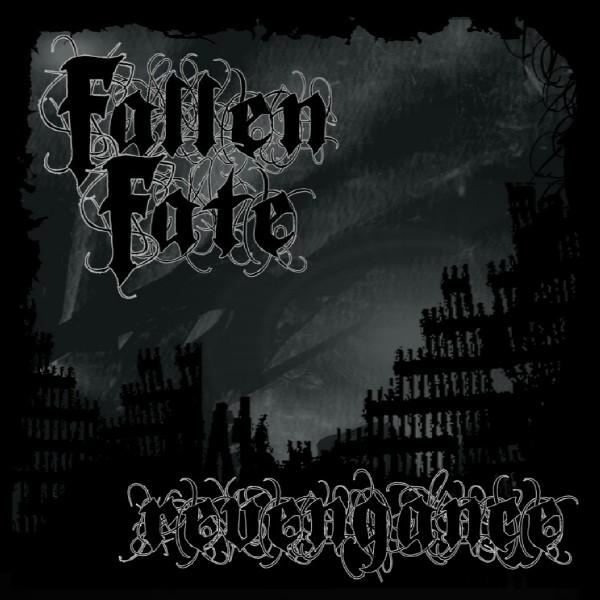 I admit that I knew very little about Fallen Fate before now – an unsigned Thrash Metal Band from the North East UK.  To my surprise however, upon starting the first track off of their dÃƒÂ©but EP “Revengance” I immediately thought “Why aren’t these guys well-known?, or even signed to a label yet?!” – A question i’m sure a lot of you will ask when you first listen to this excellent band.

Listening to the EP, Fallen Fate sound like they take influence from a lot of the big time Metal and Thrash Metal bands. Everything from slow glorious Metallica style riffs, to huge wailing Children of Bodom / Bullet For My Valentine-esque guitar solos, to pounding Arch Enemy and Machine Head style drum and guitar combo’s. The band themselves also cite early Thrash Metal bands such as Testament and Onslaught as other influences.

Track One – “They Must Fall (We Are The New Breed)” is the intro track to “Revengance”, and is pretty much Fallen Fate’s “anthem” type track, which will get the crowd shouting, head banging and moshing with ease. The band also flat-out show exactly what they are about, and what they have to offer with this track – a no holds barred audio assault on your ears, most definitely not the bad kind either.

Track Two – “Pendulum” is an all out classic thrash style song, feeling like you’re going 200 mph with no brakes – one which is bound to get some amazing circle pits going during live shows.

Track Three – “Bleed Your Concequence” is a slightly slower track, but still doesn’t stop Fallen Fate from bringing it as hard and heavy as they have been with the previous tracks. A monster of a breakdown and a couple of quick face melting solo’s later and it has all the hallmarks of another great song.

Track Five – “The Suffering” – The final track from “Revengance”, starting off with what can only be described as a great Metallica style guitar intro, soon leaves behind anyone holding a lighter in the air with a pounding drum buildup to get the listener pumped up. The track contains everything that’s been great about Fallen Fate so far on the EP, with some great rhythm guitar riffs, double bass drumming, wailing lead guitar, and of course brilliant vocals. A very fitting final track to keep the listener hooked until the last second.

The Revengance EP contains 5 blisteringly brilliant songs and will most definitely leave you wanting more once you have finished listening. For all those craving more Fallen Fate, the band are currently in the process of writing new tracks which are due to be played live for the first time next year.

Fallen Fate, simply put are one hell of an up and coming Thrash Metal band, who absolutely deserve a lot more attention and credit than they are currently receiving. If their Revengance EP is anything to go by, then Fallen Fate’s dÃƒÂ©but album will be blinding.

You can also check out two of the tracks from the Revengance EP below:

Finally – Keep your eyes peeled on Rocksins shortly for an interview with Fallen Fate!