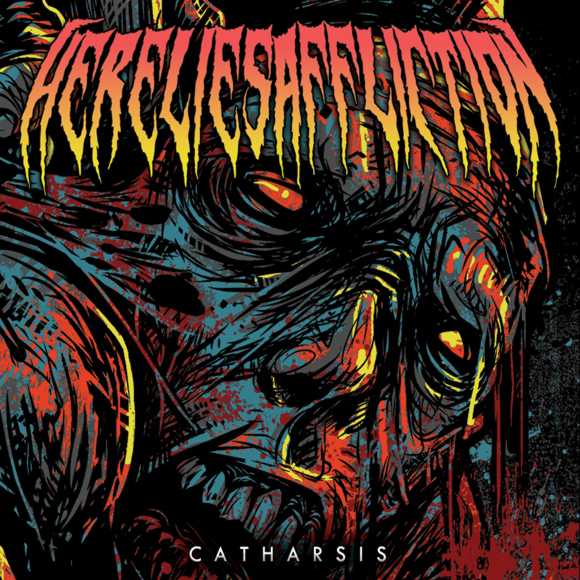 Regular visitors to Rocksins might remember early in 2010 I wrote an article about “10 up and coming british bands you need to hear“. If you don’t remember, or didn’t see it, read it by clicking on the title. One of the bands mentioned in that article were Harrow/Hillingdon hardcore metal collective Here Lies Affliction, who have just released their second full E.P. entitled Catharsis. We take a closer look to see if they live up to their promising billing from the earlier article.

The self titled intro song sets the tone nicely for this four track E.P. it builds initially slowly before the second half of the song will get you straight into headbanging territory. This flows flawlessly into Figure Of Discontent which has an evil sounding complex riff sequence intro before the main song kicks in with enough force to smash your head through a brick wall and features an awesome solo and great guitar work throughout. The standout track is Our Honour Their Hate which is 4 and a half minutes of pure metal goodness which has an absolutely brutal start and this continues for the next four minutes including an awesome riff section around the one minute mark and ferocious breakdown in the middle (if you hear this and can resist the urge to headbang, I’d be very surprised). Concluding track No Balls (Man Up) aside from its quite brilliant tongue in cheek title is the most Hardcore natured track on the E.P. full of blastbeats and brutal vocals which is not normally my cup of tea at all but HLA manage to pull it off very well.

Here Lies Affliction’s sound has developed progressively in their 2 1/2 years together and Catharsis is a continuation of that progression. They have moved slightly away from being a Hardcore band (a good thing in my opinion) to being more of a straight metal band along the lines of fellow Rocksins favourites Malefice (who they will be touring with in May), but it is metal that will grab you by the balls and squeeze very hard. There are still blastbeats and breakdowns to satisfy the hardcore element of the bands following, but the musicianship and technical level of the band has progressed considerably on all levels, from Jon Farley and Chris Hill’s guitar work, Dom Lam’s bass playing, Nick Searle’s punishing drumming and particularly Kyle Dempsey’s vocals, which show a marked improvement from their early demos.

The only thing stopping this E.P. getting a higher rating is the fact it is only a four track e.p. A full length album based on the evidence here would win a lot of fans. Here Lies Affliction are a band on the up and Catharsis proves it. Get out and see them if you can!

For Fans Of: Malefice, Sylosis, Despised Icon, Beneath The Massacre, Hatebreed, Bleeding Through 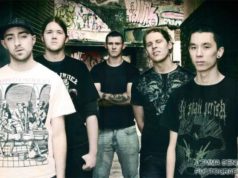