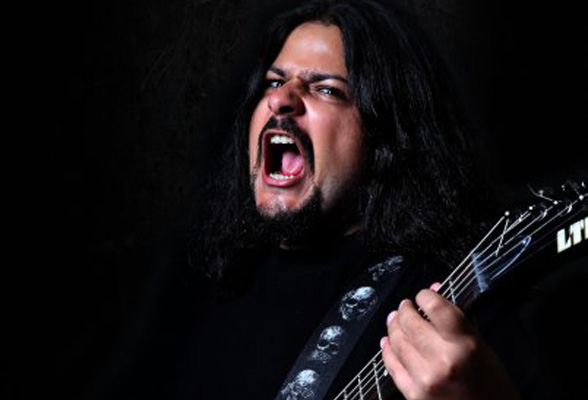 Rocksins: The big news for Demonic Resurrection at the moment is obviously the Sonisphere announcement, are you looking forward to coming over to the UK?

Demonstealer: Hell yeah we are! We are excited as hell, and to be honest, a bit afraid too, because this is the 1st time we are going to be doing some gigs apart from the festival. We’ll announce those soon once they are final but in India as a band we are pampered, we fly to every gig, we get chauffeured around and have backline etc all sorted for the gig but for the UK tour we have to do everything ourselves. While it is extremely exciting, it is also a bit scary but we are up to the task and can wait to hit the UK and play for the people there. Norway and Czech Republic have been brilliant and we hope the UK is nothing less.

Rocksins: Do you feel that this tour is crucial to the success of the band? After all, the bands profile has been growing since The Return to Darkness and finally people will get to see this stuff live.

Demonstealer: I think this tour this crucial for the band, in fact, any gigs that we get outside India are crucial because we need to reach a point where being in this band is possible for us, and unless we start to make enough money from tours and album sales at least to pay our bills it becomes hard to continue. For us this is a chance for fans to see us live and also a chance to create new fans because that is essentially what we want to do. I want to be back at Sonisphere 2 years down the line but maybe see our name on the Saturn Stage.

Rocksins: Talking about the future of the band, I hear that you guys have been jamming new songs, how have they been coming? And can we expect to hear one when you come to the UK?

Demonstealer: We just jammed on 1 idea a couple of days ago. I’ve written about 4-5 demos/ideas but nothing concrete to where the next album is heading. We probably won’t play anything new because people in the UK haven’t heard any of our songs live so we’d like to play songs from The Return To Darkness which they would have heard and maybe a couple of tracks from A Darkness Descends.

Rocksins: Besides Demonic Resurrection, you also have other interests in your comical metal band Workshop. You posted a few videos online in recent weeks, how has the recording been going? And do you have any idea when we can expect a new album?

Demonstealer: The Workshop album is slated for an August release after DR comes back from the UK. We are currently recording, but being part time musicians means we stop whenever someone’s life comes in the way, like our drummer sprained his wrist and now he has his MBA exams going on so we expect to get back to recording in May and have everything ready by June but only release and do a tour in August so that we have enough time to get things ready for the release. We also plan to shoot a video or two.

Rocksins: Anyone who’s heard Demonic Resurrection clearly know you have a passion for music, but one of your other passions is cooking. You’ve recently started Headbangers Kitchen, how’s that been going? Have you gotten positive responses from the metal world?

Demonstealer: The show has completed 2 Episodes and is going great, we’ve received a fantastic response from metal heads who love the show, of course there are always metal heads who don’t like to eat food because it’s not brutal, in fact I’ve even heard one of them say cooking is ‘gay’ whatever that means. But most people love the show and we’ve gotten a great response so far, heck, John Longstreth from Origin said he wanted to be on the show so for me that is the shit!

Rocksins: Cooking is gay? That Bacon Bomb from the latest episode is far from gay, surely anyone who doesn’t like pork wrapped in Bacon with a barbecue glaze isn’t very metal?

Demonstealer: Well you know every scene has their fair share of haters and the moment a band gets popular the haters come out of the woodworks so I don’t really bother with that at all.

Rocksins: A big talking point in music at the moment, as always, is file sharing and illegal downloading. As you are part of a band and run a label with Demonstealer Records, what are your views on the whole situation? Is it about time people got out of the habit and start buying music, or is it better to be heard than paid?

Demonstealer: We live in an age where you can’t stop downloading, I’ve made my peace with that but you can definitely educate people. In India kids download because music it’s not available in stores and because they were born into the downloading era so they’ve never had the experience of buying music. If you can educate them enough so they understand the implications of downloading music, or even buying bootleg t-shirts, I believe enough of them will make a change. As a musician I accept both the pros and cons of downloading. My view is that you can download music and listen and enjoy it but if you really do like the band and want to see them write more music then you need to buy and support it. Honestly if someone likes 1 DR song I don’t expect them to buy our cd, today you can buy a single for 99 cents so it is not really expensive to show support. Yes, however, I feel it is only a matter of time before the industry comes up with a new game plan to sell music.

Rocksins: I suppose it has its pros and cons, but you could certainly argue that the internet has helped Indian metal grow to the level it’s at. I don’t know if you saw recently, but Metal Hammer did another Global Metal CD a few months back, and on that CD the majority of the tracks were from Indian bands. How does it feel being in one of the main bands pushing the scene forward?

Demonstealer: It has definitely helped Indian metal gain exposure as well as get more Indian metal heads into metal because of how easy to access the music the internet has made it. Yes it feels great to be one of the main bands pushing the scene forward. Always great to be a part of something so special!

Rocksins: And finally, with only a few months to go before Demonic Resurrection hits the shore of the UK, do you have anything to say to the people who will be attending Sonisphere?

Demonstealer: Make sure you check us out at the Jager stage on Sunday! 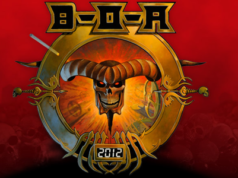