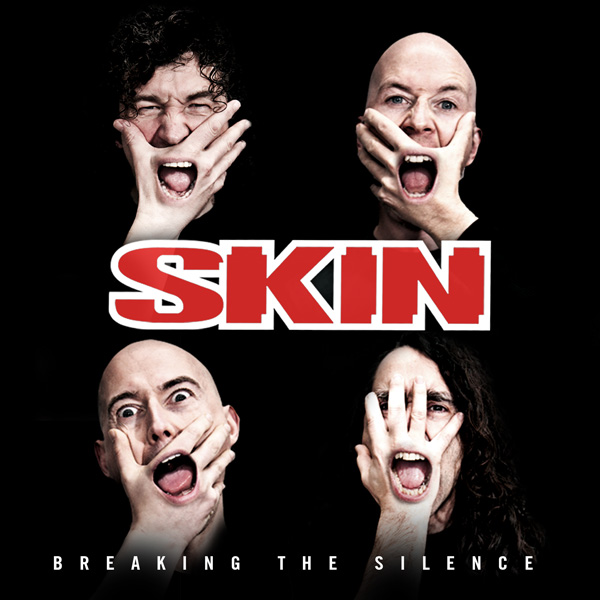 It was only last year that we were graced by the news that 90s hard rockers Skin were reforming and playing the legendary Download festival. 18 months on and the band are ready to say goodbye again; but that’s not before they release what will be the final Skin album, ‘Breaking the Silence.’

Skin typically do what Skin do best – write catchy, balls out, rock ‘n’ roll anthems – from Nev’s rough, passionate voice to Myke’s sleek, stylish solos, Skin manage to pull all their talents together to make some exceptionally memorable tunes. ‘Good to be Back,’ kicks the album into motion with a clear – yet slightly ironic – message, ‘Stronger’ is an archetypal Skin song which could have easily been found on their debut and ‘When I’m With You,’ is a heartfelt, sing-along ballad much like ‘Tower of Strength’. Another plus point is that they’re not afraid to throw in the occasional oddball; ‘Trigger inside’, has a Velvet Revolver-esque sound to it whilst album closer ‘Born to Rock ‘N’ Roll’, has a punk vibe that finishes the album off with a much needed injection of pace and hook.

Admittedly in most parts, the album is fairly dated – you wouldn’t necessarily guess it was released in 2010 – but what else can you seriously expect from a band like Skin? And what else would you want? They’re not exactly going to drop in some dubstep before going into a Dillinger-esque, avant-garde sound structure – it wouldn’t make much sense, would it? Instead they keep to what they do and reel out an album worthy of a splendid place in the bands history.

It’s only once you’ve heard this album when you realise how genuinely sad it is that Skin are calling it a day. A brilliant band both in the studio and on the road, Skin will be dearly missed yet again. What ever these guys do in the future they can look back upon what has been a colourful, terrific career and ‘Breaking the Silence’ will go down as a fine close to story of Skin; all the best to Myke, Nev, Dicki and Andy for all that they do next.

For Fans of: Guns ‘N’ Roses, Thunder and Bon Jovi

Album Highlights: Stronger, The Book of Your Life and Redemption