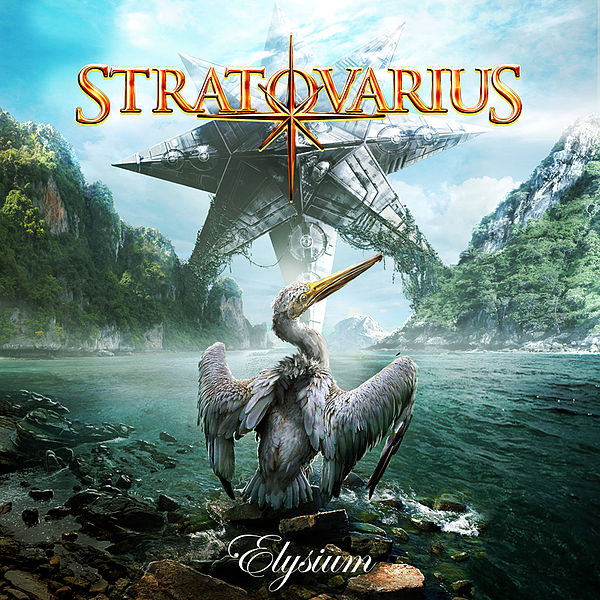 After the departure of long time member and once lead guitarist/lead vocalist Timo Tolkki, it wasn’t an unreasonable thought to question the future of Stratovarius. 2009’s Polaris – the first album of the bands career not to feature Tolkki – was the sound of a rejuvenated band hitting some much needed form. Now, on their 13th studio release, Stratovarius are back to the level they once hit more than 10 years ago. With contagious hooks, masterful musicianship and a glorious progressive edge, this Finnish five piece have struck power metal gold 22 years into their creative career.

Opening with the hook laden Darkest Hours and the relentless surging force that is Under Flaming Skies, Elysium kicks off with an energetic, ear thumping blast that hums through the course of the album. Infernal Maze, which starts with an alluringly slow passage, kicks into motion with a typically rip roaring keyboard riff that Jens Johansson has become known for over the years. Matias Kupiainen performs just as impressively, with stylistic solos that are often laced in beauty, and pounding riffs that adds to the albums unyielding surge – although he performed well on Polaris, this is certainly a step up.

Whilst the musicianship is typically top notch, the vocals of Timo Kotipelto are equally as splendid. Epic ballads that are Fairness Justified and Move the Mountain showcases his ability to churn out captivatingly beautiful vocal lines that float along with the music like a swan on a crystal clear lake. Add the occasional, wonderfully crafted solo and you have a recipe for some exceedingly good tunes; none though, are quite as good as the final track, the epic – in the right sense of the word – Elysium. Opening with soft, sweeping guitars that gradually build as more and more enters the frame, Elysium twists and turns through states of utter beauty to technical musical mastery that near-literally makes love to your ears. Progressively profound, grand in structure and not outstaying its welcome, the title track closes the album with a similar pizzazz to that of Dream Theater’s Count of Tuscany. Elysium has lavish amounts of enjoyable moments that’ll be ringing in your ears for months to come. Full to the brim with talent and glory, Stratovarius have managed to produce something spectacular when the betting man may have gone against them, for that, I praise them greatly.

For Fans of: Blind Guardian, Avantasia and Helloween