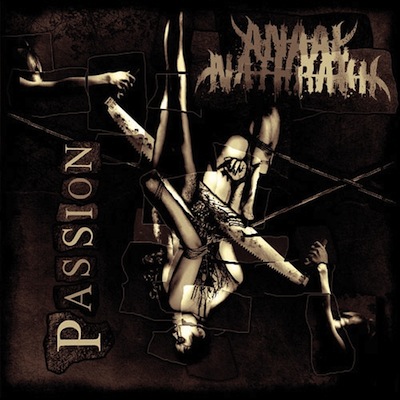 There is no doubt that Passion has very lofty expectations to live up to, after Anaal Nathrakh’s previous effort, In the Constellation of the Black Widow. Although it’s taken me a while to realise just how good Passion is, it more than lives up to those expectations.

On first listen, I’m disappointed to admit that I was slightly underwhelmed; it was all very good, but none of it really stood out in the way that More of Fire than Blood or So Be it did. However, with repeat listens, I got more and more out of Passion. One thing that did strike me immediately is just how vile this album is. All of the brutal, filthy riffs are there, accompanied by some absolutely sickening croaks, along with deafening roars, and relieving clean delivery in places. For a “blackened grind” album, the vocal delivery is incredibly diverse.

The other key area in which this album excels is in atmosphere. Passion is absolutely drenched in it, meaning that it stands out against previous Anaal Nathrakh albums as it makes Passion one, incredibly strong album rather than an incredibly strong set of songs. The last track, Portrait of an Artist, is just repulsive, atmospheric noise. Although as a standalone track, Portrait of the Artist feels a bit pointless, as part of the album, it totally works. It leaves the listener with this absolutely sickening feeling in the pit of their stomach, ensuring that the album will not be forgotten any time soon.

A Particular highlight of the album is the opening track, Violenti Non Fit Iniuria, which builds up in to absolutely punishing brutality, requiring immediate attention. Clicking play is like agreeing to have bricks with rusty nails dropped on you from a great height, yet at the same time, it is strangely enjoyable. Drug Fucking Abomination is an excellent example of just how heavy Anaal Nathrakh can be. The opening riff isn’t particularly fast, but by god, if that riff doesn’t make you want to bang your head, it’s probably worth going to see a doctor. It is near impossible not to react to music as (dare I say it) passionate as this. Tod Huetet Uebel is also worth mentioning for the absolutely gut wrenching vocal delivery. It’s eerily harrowing for such violent music, and these shifts in pace and tone prevent the album from becoming an indistinguishable wall of blast beats and noise.

Although Passion may not have immediately grabbed me in the same way that ITCOTBW did, Passion is undeniably the better album. Passion is a complete work that takes time to get under the skin, worth taking in as a whole. This really is a standout release for the year so far. Anaal Nathrakh are at the top of their game at the moment, and if you’re only remotely interested, you’d be a fool not to give it a try.

For fans of: Wormrot, Marduk, Fukpig 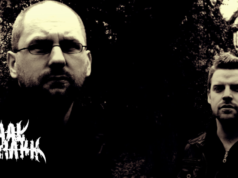