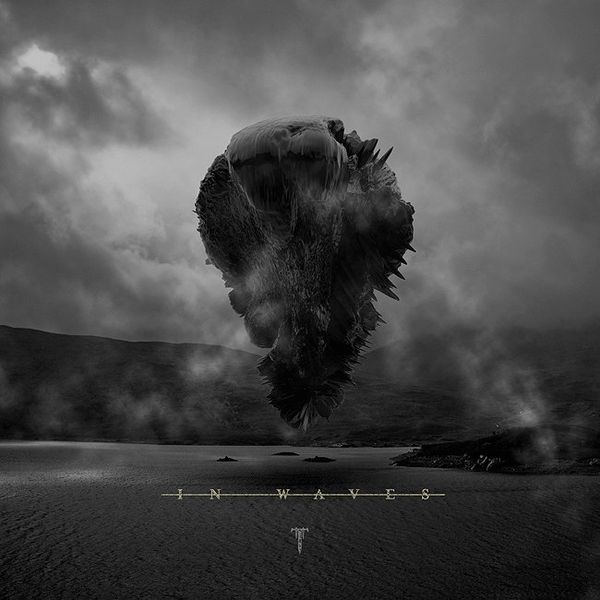 Like a few other people, I was quite surprise that the last Trivium album, 2008’s Shogun was not more widely received by the metal public. Hailed as a return to form by most corners of the metal press and many fans after The Crusade which split fans down the middle, it had many of the trademark elements of the Trivium sound that had made their breakthrough album Ascendancy such a smash, whilst arguably surpassing it from a technical playing point of view. I even voted it my album of 2008 ahead of stiff competition from everyone from Sylosis to Opeth to Metallica. But it did not return them to that upper tier of the newer metal bands such as Avenged Sevenfold and BFMV as many of us thought it might.

In Waves has been a long time in the making and it was always going to be fascinating to see what approach Trivium took after the very contrasting styles of their last two albums. So without any further warbling from yours truly, lets get down to business…

Initially, I was wary of Trivium’s prospects with In Waves. I had heard the title track and whilst I liked it, neither that or Inception of the End, the other song to be previewed had me exactly thinking these were songs to sit alongside Like Light To The Flies, Down From The Sky et al. I’m happy to say first listens don’t always do tracks justice. After three or four listens, the title track really grew on me and I found the contrast in the song works very well, though it is perhaps a shade too long. Inception of the End is another grower, but it is once you get past the first couple of tracks that the album really kicks into high gear.

Dusk Dismantled is a track that is likely to have you headbanging wherever you may be listening, be it at home, work or anywhere else, whether its an appropriate situation to do so or not. Watch The World Burn is a song with enormous crossover appeal to the mainstream, whilst still being a thoroughly good metal song at the same time. I’d be very, very surprised if this wasn’t released as a single as the chorus is insanely catchy and the rest of the song is laden with hooks. First single Built To Fall also has the potential to gain the band new fans far and wide.

Elsewhere, there are fantastic songs of all shapes and sizes. At Skyline Severance is one of the heaviest Trivium songs to date and one of the albums standout tracks, where Nick Augusto’s pounding drums can be felt all over. There are some trademark “Trivium style” songs in Caustic Are The Ties That Bind and Forsake Not The Dream and even their first attempt at a balladey style track since The Crusades This World Won’t Tear Us Apart, Of All These Yesterday’s. It’s a brave move and the song is infinitely better than its counterpart on The Crusade and I think most people will think its a worthy addition to the album.

After experimenting with many vocal styles, Trivium seem to have got the perfect balance between Matt Heafy’s clean vocals and the mix of Matt and Corey’s growling, changing from one style to the other at will and intermingling the two at times extremely well. Nick Augusto’s influence can be heard throughout the album, with the occasional set of blastbeats and a generally more aggressive, relentless tone than predecessor Travis Smith had on the last couple of albums (not that I’m knocking Mr Smith, far from it). Other members of the band have stated that Augusto’s addition to the band re-energised them and that definitely comes across in the record. There are the usual riffs aplenty and solo’ing, but there is more purpose behind it and less of a feel of showing off which was present at times on Shogun. Indeed, the whole album has a huge sense of purpose about it.

Overall, Trivium have made a wonderfully crafted record. They’ve taken good points from all their previous efforts and combined them and In Waves is the result. At times it feels more commercial than its predecessors but its still a wonderfully metal record. All the aspects of Trivium that have built them their loyal fanbase are still there, but there is a lot on this album that may earn them a lot of new fans. I’d be very surprised if this album doesn’t take them sharply towards the metal summit.

Many years ago in Metal Hammer or Kerrang (I forget which) a comparison was made highlighting Avenged Sevenfold, BFMV and Trivium as their generation’s Maiden, Metallica and GnR (a slightly ludicrous comparison in many eyes). Regardless, In recent years it seems like Avenged and Bullet had pulled away from Trivium somewhat. In Waves is Trivium redressing the balance. If this album doesn’t make them one of the biggest metal bands around in the next couple of years, I’ll eat my socks. And you can quote me on that. In Waves is a modern metal masterpiece.