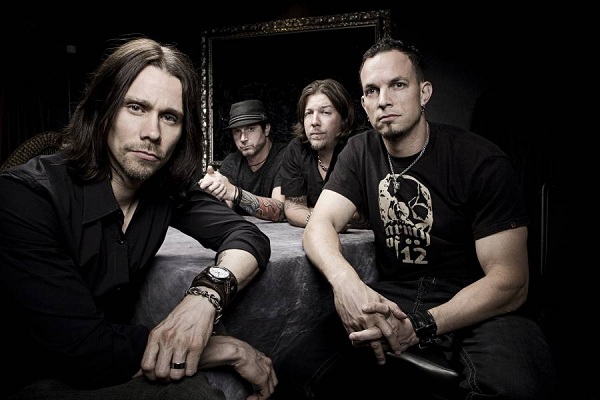 In celebration of the biggest headlining arena show of their career thus far, Alter Bridge have announced plans to record their show at Wembley Arena in London on November 29th (2011) for a new live DVD. The show will mark the biggest non-festival show the band has played to date in Europe (if not their entire career) and will be captured on film to give all the band’s fans a chance to own a piece of Alter Bridge history. The DVD will be directed by Daniel E Catullo III, who directed the band’s last live DVD Live In Amsterdam, as well as several of the bands music videos and other videos for their website.

The Wembley show will mark the last time Alter Bridge will play a live show as Alter Bridge for over a year with no live shows currently planned by the band during the whole of 2012. During 2012 Myles Kennedy will be working with Slash on the second Slash album while Mark Tremonti, Brian Marshall and Scott Phillips with join up again with Scott Stapp to work on a new Creed album. A Creed tour has also been mentioned as a possibility. Alter Bridge are expected to reconvene in the second half of 2012 to begin working on the follow up to the fantastic smash hit album AB III.

Very limited tickets remain on sale for some dates from the usual websites (Ticketmaster, Seetickets, etc). For further Alter Bridge updates and the latest rock & metal news please check back with Rocksins regularly.

For a taste of Alter Bridge’s last live DVD you can watch below: