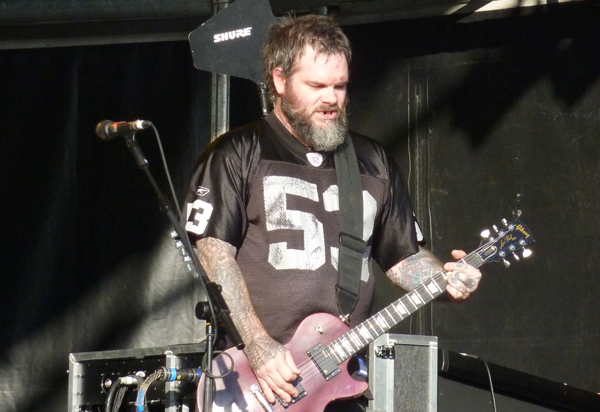 I was fortunate to catch up Neurosis main-man Scott Kelly on Sunday 24th July 2011 at the High Voltage Festival (click here for a review of their fantastic performance at the festival). A quick interview ensued…

MH : So, first off, how did you guys come about being on this festival? Where you asked to headline it or did you enquire and get put on it?

SK : I guess I would have to ask our booking manager exactly how that went down but I believe they were looking for somebody to headline and we were in town for that week…

MH : That’s good news; we’re really chuffed that you’re here. We get to see you guys, then get cained and watch fucking Dream Theater afterwards, which will be pretty damn awesome…

MH : So, anything in the pipeline? Any new albums with Neurosis?

SK : Yeah, well we’re going into the studio in December to record a new record. We’re playing a couple of new songs tonight… so we’re working.

MH : Aside from that; Shrinebuilder? How’s that going?

SK : Well Shrinebuilder’s got a whole record written we just have to figure out when everybody can get together and record it. I’m recording a new solo record right now…

MH : So we’re getting all three basically; we’re getting yourself, Shrinebuilder and Neurosis. That’s good news, I was expected not to hear that sort of news!

MH : Fantastic. You headlined a festival at the end of last year with Godspeed! (You Black Emperor) and I know how much you love Godspeed! from our meeting before… How was that? Did you get to see them? Did you play or at least hang out with them as well?

MH : So that was awesome!

SK : It was great man, I mean like they’re great people. We connected immediately, it was kinda one of those unspoken things. You just understood each other. And they were amazing… I love that band.

MH : I missed it, but it would’ve been an awesome gig to catch. So, does anyone in the band have any other collaborations that you’re working on at the moment, or anything separate to that?

SK : No, not that I know of. I mean, everybody’s got their side-projects; Josh has got A Storm of Light, Steve’s got his solo stuff in Harvestman, Dave’s got a band called Kicker. Noah has a band called Young Lions, Jason plays drums in Sleep so you know we’re all doing shit…

MH : And Josh, I think recently released some of his art-work…

SK : Yeah, he’s showing off and doing some galleries…

MH : So it’s good to get that out there. So, a question here… quite quirky! Have you ever been ‘Left to Wander’ here in London, and if so have you discovered any secret haunts or places to go?

SK : (disappointed) You know, I never get a chance to…

SK : It is a shame ‘cos I’ve been here so many fucking times and I don’t really have my secret spot…

MH : Well if ever you guys are in town and need it, there are plenty of people happy to show you around!

MH : There’s a tour you guys have got coming up, I think in September with Grails and YOB…

MH : Ah, I was going to say if we can get enough people to chip in, could you bring it over here perhaps? That is an awesome line-up…

MH : A couple of us are even toying with the idea of getting out there… but you know it’s a lot of money to go out there for a gig!

MH : Saviours are playing as well!?

SK : Yeah, they’re playing a different stage so I don’t know they’re not playing opposite us… But I know our stage is, which should be pretty stunning, and A Storm of Light are also playing…

SK : Haha, get your funds together.

MH : So, were you here last night? Did you catch any bands?

MH : Apart from any new songs, I was gonna ask you if there were any surprises?

SK : Er, not so much for anybody who saw us at Koko; if you didn’t see as at Koko there’s a couple of surprises.

SK : Erm, I’m gonna go check out Dream Theater for sure. My brother in-law is fucking obsessed with them and he’s got a tattoo… I haven’t really had my Dream Theater moment so he keeps telling me to do it, so…

MH : They should be pretty impressive. They’ve got Mike Mangini on drums, so without Portnoy it’s gonna be a change. But it should be good. I’ve got an Italian flatmate down just for Dream Theater… I was really gutted I thought “Fuck’s sake, you guys are gonna clash with them…”, but it looks like we’re gonna catch both of you!

MH : So Scott mate, one last question; have you got a favourite Simpsons character?

SK : (total concentration) HMMM… Gotta be the gardener, he’s fucking great. Either that or Drederick Tatum.

If you’d like to read a previous interview with Scott Kelly did with Rocksins back in 2010 that is available too. 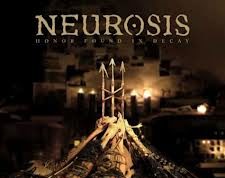 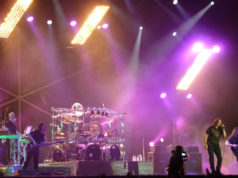 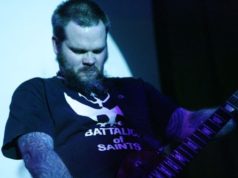 An Interview with Scott Kelly (Neurosis)