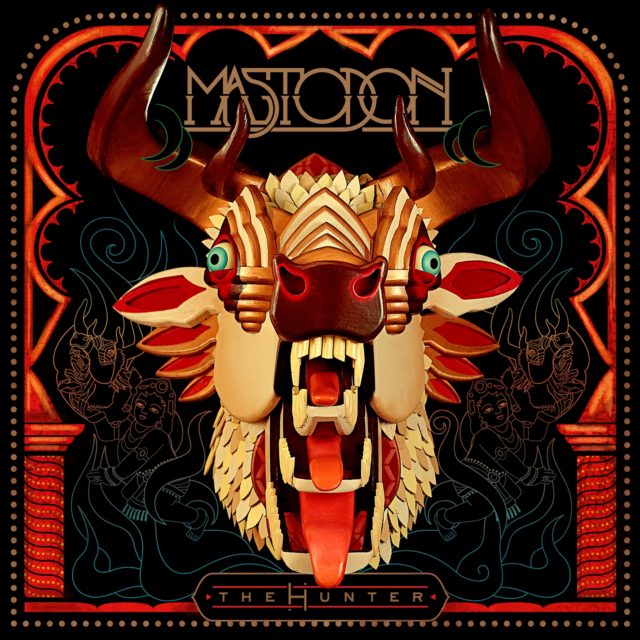 Mastodon are a band who, in my eyes, are in the vein of Opeth in as much as their music is not only undeniably brilliant, but also accessible when the time is taken to absorb and appreciate their moderately unique musical tapestry. Much like their Swedish counterparts, the new album marks another change in their musical direction yet still somehow they manage to fill the tracks with an audial immersion that is unmistakeably their own.

Having switched over to Roadrunner Records (who also boast Opeth and Megadeth amongst their much bolstered arsenal) they’ve given themselves many avenues to pursue ‘attractive’ tours and promotions (although the fact that ‘The Hunter’ featured in the Top Albums of 2011 in the Metro, a newspaper distributed on the London Underground rail network suggests they hardly need it).

Following the utterly flawless ‘Crack the Skye’ is some ask in itself but with ‘The Hunter’ they not only wash away all questions about their ability to write something of the same calibre but they take a peak over their podium and wink to any who doubted with a timely reminder that Mastodon are not only a band in their own league, but they’re serious, serious contenders for being the next long-time legendary group.

The album itself is a glorious, majestical trip into the prog-metal foundations that they’ve carved before them. Even the background of producer Mike Elizondo (who has worked with artists such as Dr.Dre, Eminem and Alanis Morrisette) highlights their ability to focus on what is essentially the most important part; this music itself.

Beneath the rumbling rhythms which power through every Mastodon song there are some truly wonderful guitar melodies and some spine-tingling harmonies. Whilst bands such as Baroness, Melvins and Neurosis possess similar sounds, the vocals of Mastodon are what I find cement their structure and keep them at the top of the pile. The true sea-captain gnarl of Troy Sanders matches the rhythm he contributes and the old wise-man voice of Brent Hinds goes hand in hand with the soaring guitar work he and Bill have truly mastered.

The title track sounds like a glorious summary of all their work before; the lyrical atmosphere and riffing contains elements from around 4 different decades of music and yet again there is a natural pattern that emerges which makes it a truly, truly great song.

Much the same can be said for the songs before it, but onwards the album really sets a benchmark. The awesome ‘Dry Bone Valley’ sees drummer Brann Dailor put his mark on the vocal map again and I close my eyes to imagine Testament falling into a time-warp with Pink Floyd… For those who care for such, the legendary Scott Kelly makes another re-appearance on the head-swinging ‘Spectrelight’ to continue his album-cameo in the Mastodon catalogue to 4.

I could go on and on about Mastodon’s brilliance or their ability to write music that not only makes me feel as if nothing else matters, that inspires and makes me grin like a cheesecake and that makes me kick the living Ahab out of my front-room but I fear I’d be repeating myself, and I may well just pass out from the awe of it all.

Mastodon’s sound and journey continues to ride strong and true and it makes me exceptionally proud of being a fan of all they do; this is a band that cannot be touched.