Arguably one of the pop punk events of the year, Bowling For Soup have announced that frontman Jaret Reddick and bassist Erik Chandler will return to the UK for the third annual Bowling For Soup Acoustic Tour: An evening with Jaret & Erik. The tour starts off on the 25th of March in Northampton and concludes a week later on April Fool’s Day at London’s Koko. Support on the tour will come from Jaret Reddick’s side project People On Vacation and Erik Chandler’s solo project, Erik Chandler and The Mulberry St Socialites. The full list of tour dates are below:

Tickets go on pre sale through livenation.co.uk this Thursday (19th January) with general sale starting Friday 20th January at 9am on Live Nation, Seetickets and the other usual online ticket outlets. For more rock & metal news including anything further from the Bowling For Soup guys please check back with Rocksins on a regular basis. 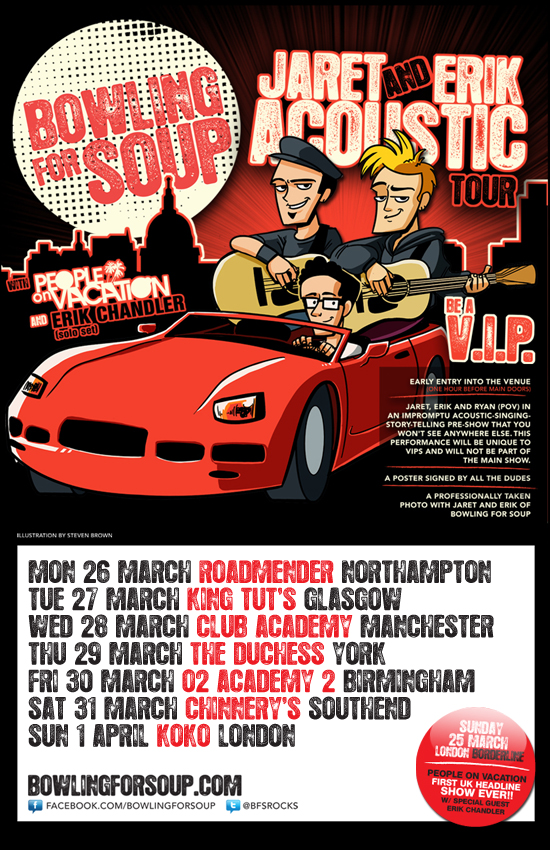