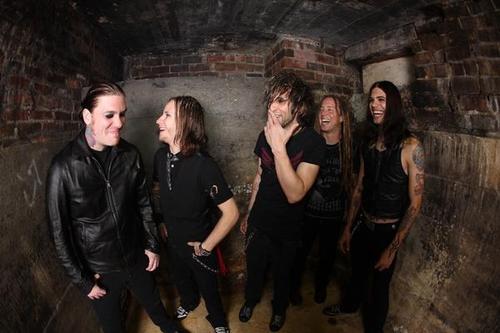 Our friends over at Roadrunner Records have continued their recent spree of adding high quality bands such as Rush and Gojira to their roster over the last twelve months by signing up US hard rock band Shinedown. Shinedown, who have sold several million albums worldwide over the last decade are joining up with Roadrunner on a worldwide basis for everywhere on the planet except the US of A, where they remain on their longtime home Atlantic Records.

The first release from Shinedown to land via Roadrunner will be the bands recently announced fourth studio album entitled Amaryllis. Amaryllis will hit the shelves (both physical and digital) on March 26th 2012. The first single from Amaryllis will be entitled Bully, which has just been released and you can check it out below.

Just prior to signing on with Roadrunner, Shinedown also announced a week long run of UK tour dates for February 2012. Joining Shinedown on their trip to this side of the pond will be Halestorm. The full list of dates are below:

Tickets for the tour are on sale now from the regular online ticket websites. For the latest rock & metal news including anything further from Shinedown or new signings from Roadrunner Records please bookmark Rocksins.com and check back with us on a regular basis.