A band long championed by this website, Rocksins good friends Triaxis have announced a co-headlining UK tour with Elimination. “The End Of Days” tour will take place across the month of March and take in several dates across both England and Wales. Elimination have recently released their new album “The Blood Of Titans” and their guitarist Dave Spicer says the band are “seriously excited about performing the new material”.

Not to be outdone on the new material front, Triaxis are just crossing the t’s and dotting the i’s on their second as yet untitled album which is due for release later on in 2012. Singer Krissie is very excited about the tour and said “We are itching to get back out on tour after our stint in the studio and sharing the new tracks with our fans”.

The full list of dates for the tour is as follows:

For any further news from Triaxis or Elimination as well as the latest rock & metal news please make Rocksins part of your regular Internet viewing. 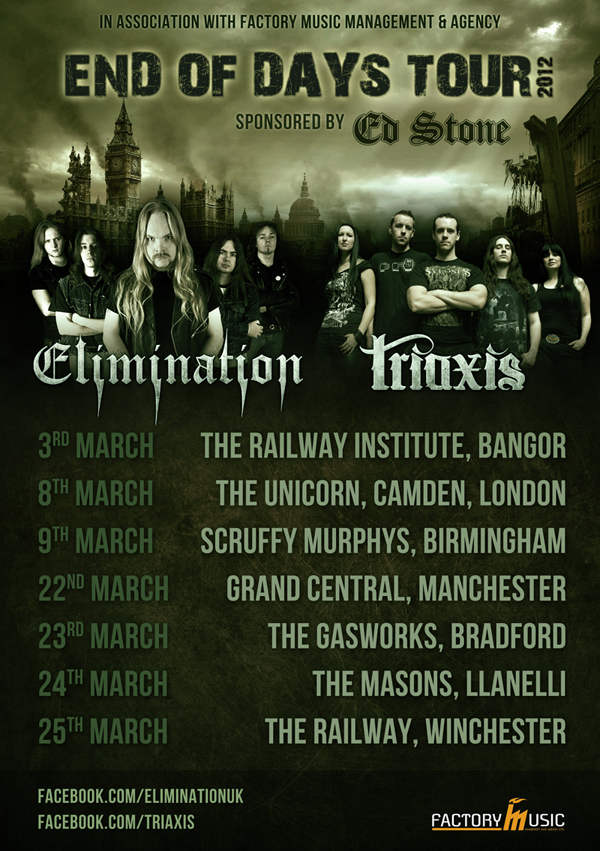 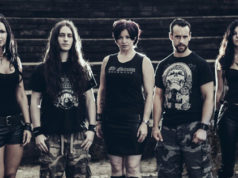 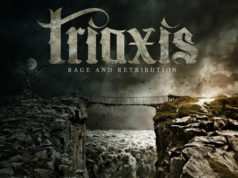 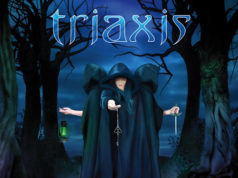