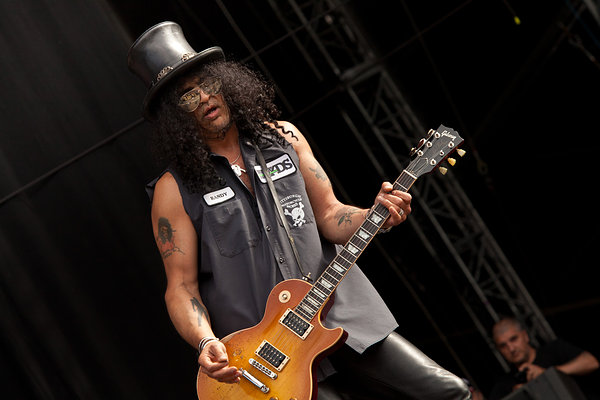 Legendary guitarist and former member of Guns N’ Roses, Slash has announced that he and his band (featuring Alter Bridge vocalist Myles Kennedy) will warm up for their performance headlining the second stage at the tenth anniversary of the Download Festival at Donington Park by playing a one off show in London at The Hammersmith Apollo two days before.

Slash & friends will take to the stage at The Apollo on Wednesday June 6th. Slash, Myles and “The Conspirators” (the remaining members of Slash’s band) will be promoting their second album entitled Apocalyptic Love, which is going to be released on May 22nd.

Tickets for the show go on general sale tomorrow at 9am through Seetickets, Ticketmaster and the usual outlets. Some tickets may be available through a Live Nation presale right now, though these were subject to limited availability. For the latest rock & metal news including anything further from Slash or Myles Kennedy and Alter Bridge please keep checking back with Rocksins regularly.