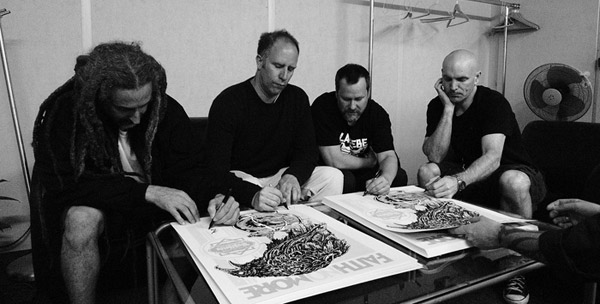 Following in the footsteps of fellow former Sonisphere headliners Queen and Adam Lambert as well as Incubus and Marilyn Manson, Mike Patton and the rest of Faith No More have announced two London Sonisphere replacement shows. Faith No More will be playing at London’s Hammersmith Apollo on July 8th and then following this up with a show at Brixton Academy on July 10th.

Tickets for Faith No More’s show are currently on general sale at Gigantic.com and other online outlets having been on pre-sale to Sonisphere ticket holders for a 24 hour period. This is your only chance to see Faith No More in the UK in 2012 and who knows when they will return?

If any more Sonisphere replacement gig announcements are made then you’ll be able to catch that news right here at Rocksins, as well as anything further from the Faith No More camp.

Update – The Hammersmith Apollo show on July 8th is now sold out. The standing is sold out for the Brixton Academy show on July 10th, but the unreserved seating is still available, so if you want tickets they are going very quickly!

Thanks to FNM.com for the photo! 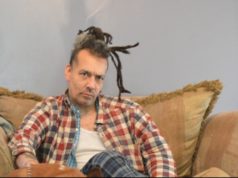 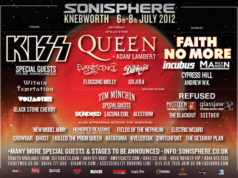 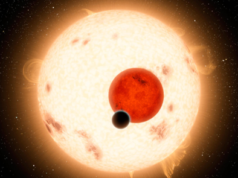