As part of Brighton’s annual festival “The Great Escape”, Rocksins is happy to bring our readers news of three shows that whilst part of The Great Escape, anyone who wants to attend just that single show will also be able to buy individual show tickets. All three of these shows will take place at the Concorde 2 venue.

The first show on Thursday 10th of May features Welsh rockers Kids In Glass Houses, who’s most recent album In Gold Blood has helped to further increase the band’s profile will headline, with an impressive supporting cast also appearing. Direct support on the show will be fellow Brits, post rockers Lower Than Atlantis. Also appearing are rising stars Don Broco and Max Raptor.

The second show is the next day, Friday 11th of May and is to be headlined by British post hardcore band We Are The Ocean. Main support for this show are one of the bands of the moment Hawk Eyes (formerly Chickenhawk), and they are to be joined by 22 and Mallory Knox as well.

The final show on Saturday 12th of May is to be headlined by friends of Rocksins’ and one of London’s most promising metal bands for many years The Defiled, who’s momentum shows no signs of slowing after a fantastic last eighteen months. Main support for The Defiled’s show are Sonic Boom Six, with the lineup being finished off by Mojo Fury and ME.

Tickets for all three shows are only £8.50, so if you live on the south coast this is a fantastic chance to see some great live music at a very affordable price! For further rock & metal festival news updates as well as updates from the various bands mentioned keep checking back with us on a regular basis. 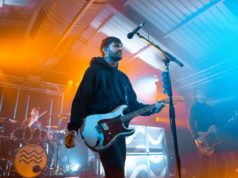 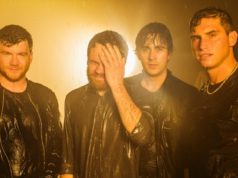 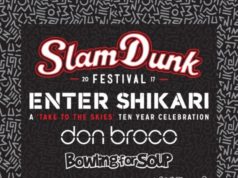