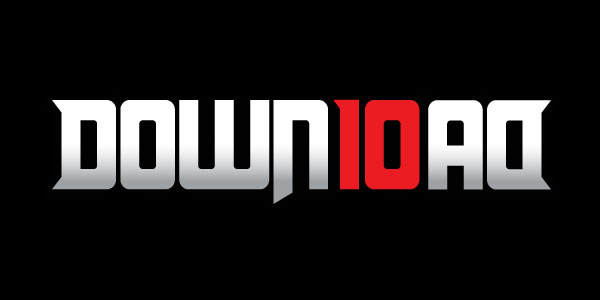 With the tenth anniversary of the UK’s biggest rock & metal gathering of the year, otherwise known as the Download Festival barely two weeks away from kicking off, Rocksins is taking a a three part look at some of the bands who’ll be gracing the various stages this year and offering up our picks of who you need to catch (clashes permitting of course as there will always be some!). We won’t go through every band, but we hope this is a good selection for you to wet your proverbial whistles on. Let’s kick off with Friday:

The fact that Liam, Keith and Maxim are headlining at one of the world’s largest predominantly rock & metal festivals tells you all you need to know about their standing in the music world. The Prodigy are a band who transcend genres and their fanbase stretches across all corners of the musical spectrum. They’re also Download veterans, having torn up the Snickers tent in 2006 (proving anyone who chose to go and see them over “Guns N’ Roses” incredibly smart) and providing Slipknot with stiff competition headlining the second stage three years later. Head along to the Jim Marshall Stage Friday night if you want to get your dance on.

Machine Head. In their highest ever slot at Download, third headlining on the Jim Marshall Stage. At a venue where they’ve already made two thoroughly legendary appearances over the last ten years. Pardon my French but you’d be a f***ing idiot to miss this (unless they clash with Opeth, in which case a lot of people have got a horrible choice on their hands). One of the few bands fully capable of upstaging The Prodigy on the day, this could be another history making performance.

If The Prodigy aren’t your thing, and you don’t fancy seeing Slash and Myles Kennedy (another excellent choice), chances are you’ll be in the cosier confines of the third stage with one of the true lord of metal, Devin Townsend. Capable of jaw dropping brilliance at both ends of the heavy music scale, expect carnage and some serene moments alike. Either that or he’ll unleash all the heavy stuff and leave everyone battered, bruised and amazed in his wake. Lots and lots of hard choices are there to be made Friday night at headliner time.

Combine the fact that Fear Factory are playing on the main stage at Donington for the first time in over a decade, with a shortish slot and a new album under their belts. Expect one or two new tracks along with a slew of hits. To see Donington bouncing along and in general carnage for the likes of Linchpin, Demanufacture, Replica and Mechanize would surprise no one. Burton’s vocals have been ever so slightly hit and miss since Fear Factory made their comeback, but their show at the Electric Ballroom a couple of years ago with Sylosis proved that on their day they are a match for anyone.

Musical genius. We could easily leave the Opeth section comprising those two words and it would do them justice. Most recent album Heritage may not have been to every fan’s cup of tea but Opeth have always been a diverse act and Mikael Akerfeldt is one of the true modern greats of metal. Worth seeing along for Mikael’s usually razor sharp banter in-between songs, if they do clash with Machine Head this will present one of the worst clashes of the weekend for many people. Expect them to break out some of the heavier side of the back catalogue for their return to Donington. They could have easily had a spot on the Jim Marshall Stage across the weekend but some may argue the second stage would suit them better, and that’s where you will find them in any case.

Any band who can play six shows in one day and live to tell the tale are easily worth of our attention (and yours). The relatively early slot on the Jim Marshall Stage belies the fact that the Bats are a band on the up and up at the moment. It would surprise no-one with Ozzy and co headlining on Sunday night if their alter ego’s Bat Sabbath didn’t rear their heads for a song or sneak out at some point over the weekend either.

Friends of Rocksins’, Rise To Remain, if you’ll pardon the pun, remain something of a marmite band amongst the metal fraternity. They’ve won over a huge amount of people with several years of solid touring and the release of their debut album The Serpent, but as the saying goes, haters gotta hate and they still have their detractors. But a Dickinson fronting a metal band on the main stage at Donington is a tradition certainly worth keeping up, and with the relentless energy they put into their live shows they are a good choice to kick off the Donington party this year.

Doo de doo doo, doo doo doo doo (wash, rinse, repeat). Anyone who thinks Europe are only about The Final Countdown are missing out on some great power metal songs with the likes of “Ready Or Not” and some quality rock ballads such as “Carrie” just to give a couple of brief examples. Fitting in very well with Opeth and Nightwish high up the bill on the Second Stage on Friday, if you’re in the mood for some great solos, some singalongs and yes *that song*, You need to see Europe.

If you like math metal or bands like The Dillinger Escape Plan then if you don’t know about The Safety Fire then you’re missing out. The UK five piece have racked up some serious stage time over the last year or so touring with bands like their good friends in Rise To Remain, and are an impressively tight live outfit. Head over to the Red Bull Jam stage to catch these guys, It’s doubtful they’ll be on such a small stage at a festival like this again in the future.

The wild card for the day, the new supergroup featuring Liam from the previously mentioned Cancer Bats and Matt Tuck from Bullet For My Valentine (to name a couple of their members) debuted a few weeks ago on Dan Carter’s Radio One Rock Show to much fanfare and their first track Post Apocalyptic Party was interesting enough to make a lot of people wonder what is coming next. Download will be Axe Wound’s second ever live performance so if you want to jump aboard the Axe Wound bandwagon early on, this is your chance to do it down at the Pepsi Max stage. They’re on just before Devin Townsend.

In our opinion, you should also check out: Slash and the awesome Myles Kennedy, The white hot rising stars that are While She Sleeps, our friends in The Defiled, Gallows (complete with new singer Wade MacNeil), old school punks NoFX, thrash veterans Lawnmower Deth and the electronically influenced Silent Descent.

When the stage times are formally announced (providing it’s before we leave for Download on the Wednesday the gates open) we’ll update this post so you know exactly when to catch all of these bands.

We’ll be back with day 2 of our Download 2012 preview soon, in the mean time please stay tuned to Rocksins for all the latest rock & metal festival news and updates as you never know what announcements are around the corner.