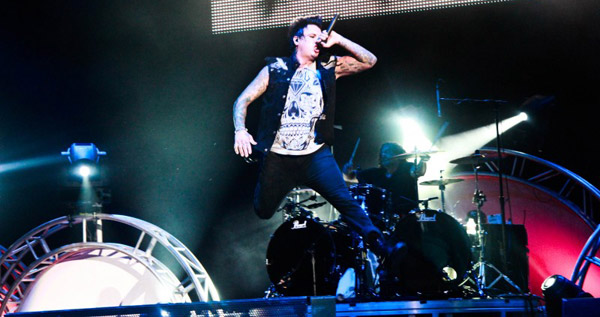 Papa Roach have been in the news a lot in the last week or two. First of all there was the announcement of their big European tour later in 2012, on part of which they are teaming up with their friends in Stone Sour (tour dates in full here). There was also the news that frontman Jacoby Shaddix was going to have to undergo throat surgery and the band were forced to drop off the Uproar touring festival in the US as a result. Fortunately for the band and their fans, the latest bit of news is another good piece of news.

As many will already be aware, Papa Roach’s brand new album “The Connection” will land on shelves (physical and digital) on October 1st 2012 and the band have released a video for the first single that will come off the album entitled “Still Swinging”. The single comes one week before the album on September 24th. Check out Still Swinging below:

Papa Roach’s only UK appearances on their European tour will be two shows at Brixton Academy where they will be special guests of Stone Sour. Tickets for the shows are on-sale priced at approximately £35. For the latest in rock & metal videos as well as tour announcements and all the other latest news please stay tuned to Rocksins.com.

Once again thanks to PapaRoach.com for the photo!