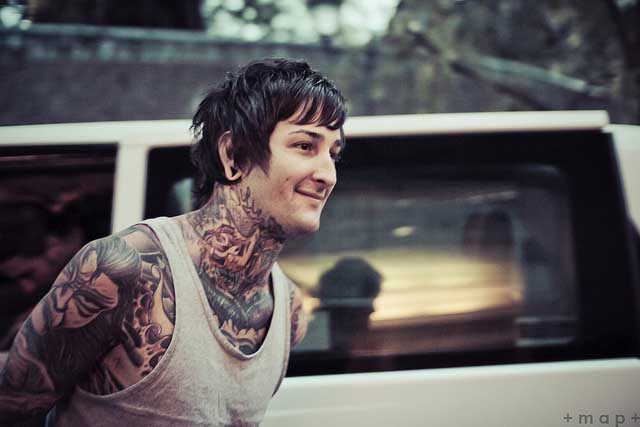 We’re sure by now that most people have probably heard the incredibly sad news that broke late yesterday afternoon / early evening UK time. Word had circulated on Twitter that Mitch Lucker, Suicide Silence’s frontman had been involved in a motorbike accident. Shortly after the news broke, there was an official statement from the band’s new record label Nuclear Blast, which can be read below:

It is with great sadness and regret this morning that we have to report that Mitch Lucker, vocalist of SUICIDE SILENCE, passed away a few hours ago due to injuries sustained during a motorcycle accident.

NUCLEAR BLAST would like to offer our condolences to his family, friends, band members and fans worldwide who are affected by this loss.

He left us doing what he loved to do most. He was 28 years old and will be sorely missed.

Fans are encouraged to share their memories, photos of Mitch and condolences on the band’s official Facebook page: www.facebook.com/SuicideSilence

There’s no easy way to say this. R.I.P. Mitchell Adam Lucker – We Love You Brother

Rocksins would like to join the thousands and thousands of well wishers sending their love and support to the rest of Suicide Silence and Mitch’s wife, daughter, the rest of the family and his friends at this very difficult time.

As stated by Nuclear Blast anyone who wants to offer condolences to the band or share their favourite memories of Mitch please do so through the official Suicide Silence Facebook page – link here – www.facebook.com/SuicideSilence