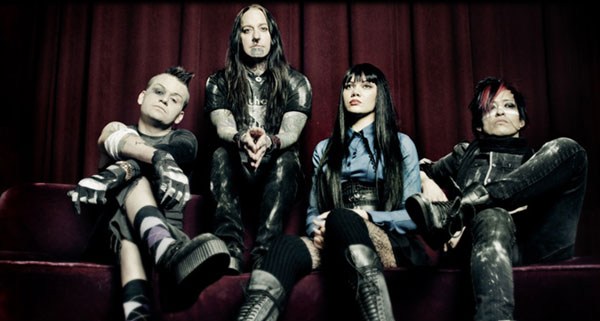 Continuing the drip feed of new bands for Download 2013, the latest band to join the party at Donington Park are the recently revived nu metal act Coal Chamber. Frontman Dez Fafara, nowadays more famous for his other band Devildriver, has gotten back together with his old bandmates for a reunion. After a fair amount of speculation that began earlier this year when Coal Chamber were announced for the Soundwave Festival 2012 in Australia, Coal Chamber have been confirmed to play Donington, just for 2013 rather than 2012. Dez has already commented that the Coal Chamber reunion will not affect Devildriver, who will be back in the UK next March on a tour that puts the M in metal, co-headlining with Cannibal Corpse, with The Black Dahlia Murder and Winds Of Plague also onboard for that tour.

Coal Chamber join headliners Slipknot, Iron Maiden and Rammstein along with Queens Of The Stone Age, Alice in Chains, Volbeat, Bullet For My Valentine, 30 Seconds To Mars, A Day To Remember and many more bands currently on the bill for Download 2013. Tickets are on sale from the Download Festival official website as we speak along with being available from Ticketmaster, Seetickets and all the usual locations. For the latest Download Festival news updates as well as updates from Bloodstock and the rest of the UK’s alternative and metal festivals keep checking back with Rocksins.com.