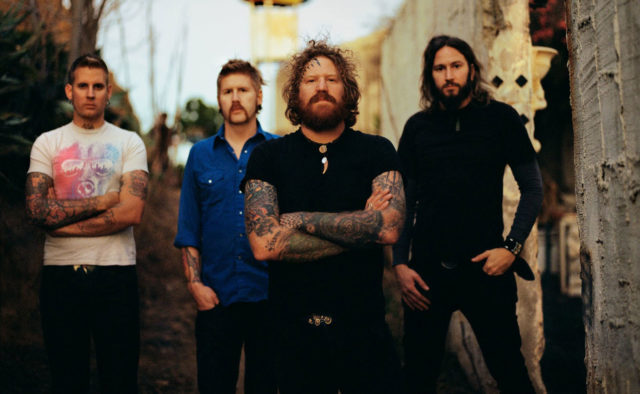 We just can’t keep up with the festival announcements at the moment! Hot off the press, and courtesy of a Twitter campaign by Download supremo Andy Copping, the fans of Download last night retweeted a request from Mr Copping over 5,000 times and as a result we all got to find out one more band for next years’ Download, and that band is none other than Mastodon!

The Atlanta prog metallers, who’s profile has never been higher since the release of their fantastic album The Hunter last year (even appearing on Later With Jools Holland) will be making their first appearance at Download since 2007. Mastodon will play the main stage on the Saturday, underneath Iron Maiden, QOTSA, Motorhead and Alice In Chains.

Mastodon join the bands already mentioned along with Slipknot, Rammstein, Stone Sour, Queens Of The Stone Age, 30 Seconds To Mars, Bullet For My Valentine, Volbeat, A Day To Remember and HIM on the lineup so far for Download 2013. Tickets are available now through the festival’s official website at www.downloadfestival.co.uk as well as all the usual online outlets (Gigantic, Seetickets, Ticketmaster and others).

Download booker Andy Copping has also announced the next batch of bands to be revealed will be a group of around 20, and will be announced in mid January. For that and any other announcements please keep checking back with us here at Rocksins.com.