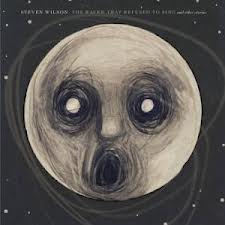 Overall Score: 8/10 Musicianship: 9/10 Story Telling: 8/10 Potential To Pick Up Casual Listeners: 3/10 Pros: An Impressive Piece Of Visionary Work, With Great Depth. Cons: Maybe Too Overblown For All But The Most Committed Prog Fan.

In this faced paced, digital, modern world there would appear to be little use for an artist like Steven Wilson. It’s all about instant gratification within three minutes these days, a click on your iTunes here, a flick through your Spotify there. No room for albums, let alone conceptual albums featuring multi-instrumentation epics and a linear narrative, these days. Who is going to listen to these prehistoric ideas? Who has got time to?

It’s this kind of cynically minded attempt at dumbing down the music fan that makes the likes of Steven Wilson so important, so worthwhile and his success such an invigorating blast of fresh air amongst talent show smog and generic scene garbage. If you know anything about Wilson from his work in Porcupine Tree, his two previous solo releases or last year’s Storm Corrosion collaboration with Mikael Akerfeldt of Opeth then you’ll know that this will be an aural challenge and not a casual background record for dinner parties. And if you are prepared to actually dedicate your time to it then you will be rewarded handsomely. Because this is an album of breath taking scope and quality.

The concept is the telling of several stories of the supernatural. The content of those stories some people will not know or care to research (and for those that do there will be no spoilers here) but the theme infuses ‘The Raven…’ with a macabre and eerie quality that, while clearly bearing Wilson’s fingerprints, sounds unlike anything he has put his name to before. Opening track ‘Luminol’ is a case in point. It features Wilson’s detached and haunting vocals over his signature mind bending guitar patterns before lowering into some ethereal soundscapes and a spine tingling flute solo from Theo Travis. It tips way over the ten minute mark, as does half of the tracks here, feeling much more like a film score than a song yet never outstays its welcome. Every track has its own charm, but the highlight is ‘The Holy Drinker’ which starts like John Zorn covering Diamond Head and ends like The Doors on downers.

Wilson is a master in musical dynamics, throwing everything and the kitchen sink into the telling of these stories. Piano, Synths, Saxophone, Strings, Hammond Organ and the aforementioned flute all put in an appearance, you may think it’s a little excessive but at no point does it feel as if it drifts off and away up its own backside. Instead it’s Prog in the truest sense of the word; to push and cajole the boundaries of Rock music further forward, to bring more people in, to open up and to cast a spell that becomes darker and more threatening the longer the album progresses.

If this were a film score then it would be one to a psychological thriller, rather than the quick thrills and splatter gore that so many bands deal in. It creeps, it confuses, it reveals itself slowly, it has you thinking about it long after the credits have rolled and the lights have come up and it makes you want to experience it all over again to see what you might have missed first time round. I know you’re probably busy, but you really ought to make time for it. 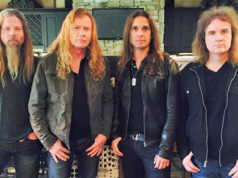