Anyone who loves their classic rock will want to pay particular attention to this announcement. Black Star Riders, born from the ashes of the last Thin Lizzy lineup and featuring Lizzy members Ricky Warwick, Damon Johnson, Scott Gorham and Marco Mendoza combining forces with former Megadeth sticks man Jimmy DeGrasso have made their first announcement about brand new music.

Details of the first album from Black Star Riders have emerged and it seems we won’t have too long to wait! The band’s first single, with its triumpant title of “Bound For Glory” will be released this coming Sunday (24th of March 2013). The song, which received it’s premiere on Ken Bruce’s show on BBC Radio Two yesterday, will preceed the full album, entitled “All Hell Breaks Loose”, which gains it’s UK release on the 27th of May 2013. The album will be released through legendary heavy metal label Nuclear Blast.

When asked about the album’s title, frontman Ricky Warwick was eager to explain all:

I was watching a documentary about World War II bombers and saw the name painted on the side of one of the aircraft. The name just resonated with me and it seem to encapsulate the turmoil that we, as a society, are currently experiencing. The past few years have been such a wild ride and now with the release of the album, it sounded like a bad-ass album title that summed up what BLACK STAR RIDERS is all about.

If that’s not enough to whet your appetite for “All Hell Breaks Loose”, please enjoy this twenty four minute long video going behind the scenes with Black Star Riders in the studio:

Black Star Riders are confirmed for the next installment of the Hard Rock Hell festival in late 2013. For the moment this is their only confirmed UK live date scheduled for 2013. More tour information is expected in due course, and we will bring our readers any news as soon as we have it. 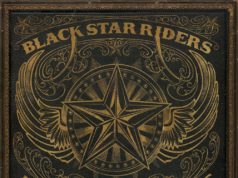 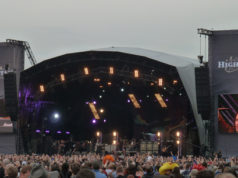 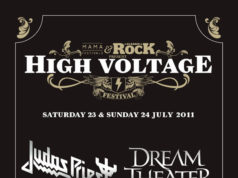