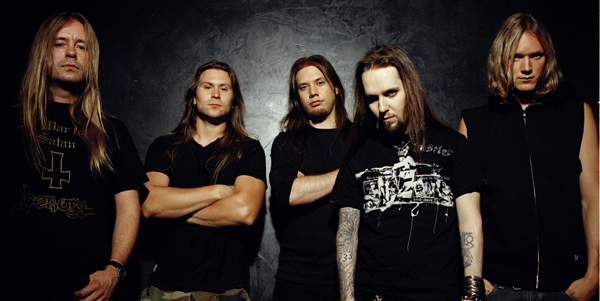 Having taken their time with their latest creation, Children Of Bodom are now ready to unleash their brand new album upon the world. The album, entitled “Halo Of Blood” will be the eighth full length album of Children Of Bodom’s career, and will be landing in CD/Mp3 collections on the 7th of June 2013 courtesy of the aforementioned Nuclear Blast.

A track listing for the album has been made available by the band, as well as the Halo Of Blood artwork. Both can be seen below: 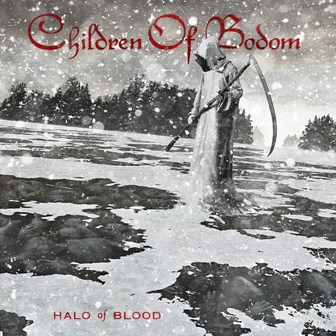 The artwork was produced by Sami Saramäki, who is responsible for several of Children Of Bodom’s previous album covers including Are You Dead Yet and Follow The Reaper.

When asked about Halo of Blood, CoB’s main man Alexi Laiho was eager to offer a few suggestions of how to enjoy the album:

“Halo Of Blood is the 8th studio album from Children Of Bodom and believe it or not but we still managed to keep it fresh and new while still maintaining the elements that make COB sound recognizable. Its got the fastest and the slowest song we ever made and lyrics wise there are themes we had never had before. Its 10 new songs of pure nordic metal and whether you enjoy it with a beer or a glass of water, I’m sure you will have a good time.”

No doubt Children Of Bodom will hit the road at some point in support of their new album, and as soon as any tour details or other news is announced, readers will be able to find it here at Rocksins so keep checking back regularly.