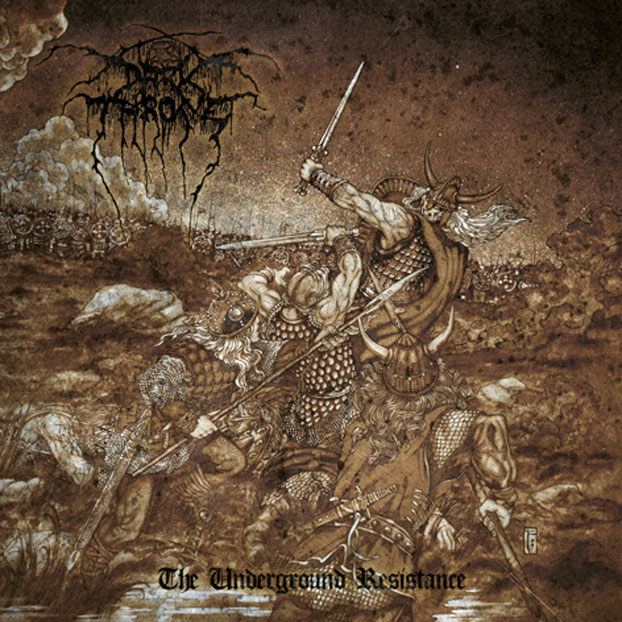 Overall Score: 8/10 Songwriting: 9/10 Production: 7/10 Metal Appeal: 8/10 Pros: All the usual trimmings of a band like Darkthrone, with a few surprises Cons:

Darkthrone, since the early 1990s, have pioneered and influenced many artists under the broad ‘metal’ banner with their raw, true and varied approach to their sound and song-writing.

With 1992’s ‘A Blaze in the Northern Sky’ a permanent staple of my music playlists, I’ve been a long-time fan and when I received ‘The Cult is Alive’ in 2006 as a smashing Christmas present, I was again blown away by the change in style and rhythms that the band had demonstrated.

Whilst I wasn’t a huge fan of this particular change, the unmistakable sound of Darkthrone still surged through, and drawing on elements of genres not often associated with ‘black metal’, it remained evident that the two long-time stalwarts of the band were as much influenced by the music that they enjoyed as much as they were influencing new generations and existing artists in crafting their own art.

With 2009’s documentary ‘Until the Light Takes Us’ (which I highly recommend you check out), there are extended interviews with Fenriz, offering an insight into the mindsets and lifestyles that help to shape the sound they produce.

Recorded between 2010 and predominately throughout the summer of 2012, latest offering ‘The Underground Resistance’ is, in many ways, exactly what the title claims it to be. Far detached from the black metal offerings of their early material, it really could be any other imitator ripping out a strong metal album.

With this, their 15th (studio) album, Darkthrone have again shifted the balance. It’s arguable that at times the music sounds like an mid-80s British fusion of bands such as Venom and Celtic Frost and in places tilts more towards bands like Sodom, (early) Slayer and Mercyful Fate (King Diamond)… but it remains a sound that is very much their own.

Whilst it’s by no stretch my favourite album of the band, it’s certainly one of their most accessible. There are riffs a-plenty and whilst the studio production is more ‘user friendly’, there is a still dirty, raw and brutal crunch to the sound. The songs are strong and the input of both musicians remains distinct; ‘Valkyrie’ starts with melancholic Burzum-esque bars before launching into, well, a unique soundscape with vocals that are rooted again in the mid-80s of middle England rather than Norway…

‘The Ones You Left Behind’ echoes a young Slayer enjoying a Sunday afternoon jam with King Diamond (not a bad thing by any stretch), whilst album closer ‘Leave No Cross Unturned’ simply needs to be heard… words can’t do it justice, though it feels as if Dave Mustaine himself has donned the two-tone facepaint and opted for a life with Satan (n.b. I am aware on the stance of facepaint in the ‘true’ circles ;-))

It has been commented elsewhere that is probably the most ‘metal’ album that Darkthrone have ever released, and in terms of the riffs, it probably is. The parallels between their early albums and this are comparable to the brutality of 1349 and Hoobastank, but ultimately, it a great album.

It helps if you’re into Norwegian musical-sorcery, of course.