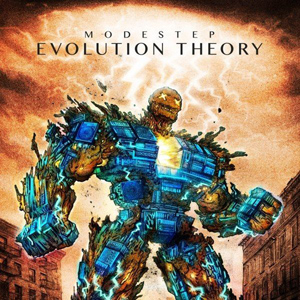 In the last twelve months, Modestep have taken the steps from being something of an underground phenomenon to being heralded across the UK music world. The British four piece have amassed millions and millions of hits on sites such as YouTube for various of their hit songs such as Show Me A Sign as well as numerous remixes both by the band and of their material. They have built themselves a tremendous live reputation based on fearsome performances but until a few weeks ago, they were without a full length CD release. This has now changed, as the band’s debut album Evolution Theory has now landed on shelves and record collections physical and digital alike.

The first thing to note is that this album is likely to have a tremendously broad appeal. Fans of dubstep and electro will find traditional dubstep effects, beats and turntables aplenty to keep them happy. More of a rock or metal fan? There are runching riffs and pounding drums across the album. The trick has been to fuse these elements together in a successful fashion, and Modestep have succeeded in such a seamless fashion that only a select few before them have done. The Friend brothers have used their considerable talents (Josh on vocals and Tony DJ’ing respectively) and integrated with musicians Nick and Matt to produce a sound that at the moment is unique. There is no other act at present that sounds quite like them, but one suspects their success may spawn some imitators, or at the least bands influenced by Modestep.

Longer term fans of the band need not worry as YouTube favourites such as Show Me A Sign and Sunlight to name but two are all present and accounted for. The aforementioned album opener Show Me A Sign is an anthem worthy of rocking the largest festivals with a beat that builds in both speed and ferocity accompanied by a distinctive heavy riff. It’s a track that sets the tone for the diversity of the album nicely. Songs like Another Day show a lighter side to the band, but they still manage to incorporate plenty of dubstep effects and thumping bass for good measure. The album’s title track shows further diversity with a plethora of guest stars joining Modestep to take up the mic to deliver a rap monologue offering something of a history of UK grime music against the backdrop of a haunting female vocal. They can do topical content as well, with Praying For Silence referencing the London Riots.

Moving through the album Freedom contains another monster of a riff that will be lapped up by those who watch the band at their forthcoming Download Festival performance this June (and the song is also notable for a great solo mixed with some background beats). Burn features another fine MC’ing performance (and another guest appearance, this time from the Newham Generals) while club favourite To The Stars is another splendid example of a proper hybrid of styles, with a blazing guitar solo interwoven with dubstep effects and lyrics that will be sung back at the band at every live show it’s performed on. The album closing You Saved The World is another noteworthy track, again different to the songs that preceed it (particularly the first half), further emphasising the view that you’re never quite sure what’s coming next from Modestep, in a very good way.

Since the turn of the millennium, bands like Linkin Park and Pendulum (and to a lesser degree Enter Shikari) have successfully merged hard rock and heavy metal with other genres and won worldwide acclaim and millions of fans in the process. Evolution Theory could well be the first step on the journey that sees Modestep elevated to the same level in a few years time. The first truly great album of 2013. 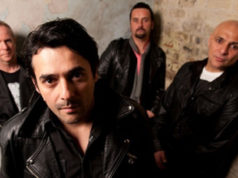 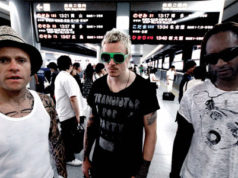 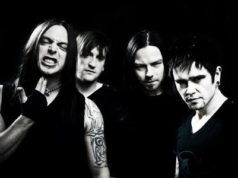 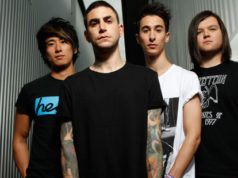 Modestep: An Exclusive Interview On Tour in Cambridge