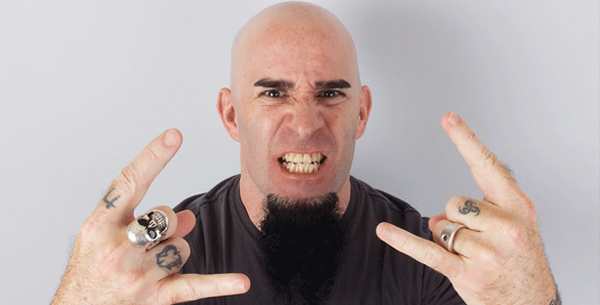 Scott Ian is something of a metal legend. Part of one of the big four of thrash in his role as Anthrax guitarist, as well as being a member of The Damned Things, Scott has led a very interesting and colourful life. After performing his first spoken word show as part of the “Rock Stars Say The Funniest Things” shows in London last Autumn, Scott gained further experience in this field by performing spoken word shows in Australia during the off dates from the Soundwave Festival, of which Anthrax were a big part of. He even teamed up with Fozzy frontman and WWE superstar Chris Jericho for one such show.

Buoyed by those successes, Scott Ian is returning to the UK for a full spoken word tour in June, entitled “Speaking Words”. So, who better to help him promote the tour than a certain Chris Jericho! You can see the two of them together on the clip below:

When asked about the tour when the original announcement was made, Mr Ian was quite forthright about what type of show it was going to be:

“I’m calling it ‘Speaking Words’ because the pretension of saying I am doing a ‘Spoken Word’ tour is too much to bear. This ain’t no poetry reading. This isn’t an evening of sensitive discourse.

It’s an evening of ridiculous truth. It’s me talking (swearing) about this insane life I’ve led over the last 31 years, the people I’ve met and the shit that’s happened. And when I’m done swearing, you can ask me anything you want, the floor is yours. Cheers my friends, see you in May and June.”

The “Speaking Words” tour is being sponsored by those nice people at Metal Hammer magazine. The tour will take in an extensive 16 shows across the full length of the UK and Ireland, beginning in England with a quick stop in Wales before heading north of the border to Scotland, then across to both Northern and The Republic of Ireland before returning to England, finishing up in London at The Garage in Highbury & Islington, scene of the first Scott Ian spoken word show. The full list of tour dates are available below: 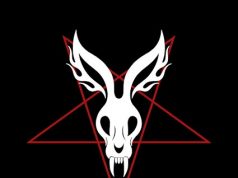 Mr. Bungle – The Raging Wrath of the Easter Bunny Demo