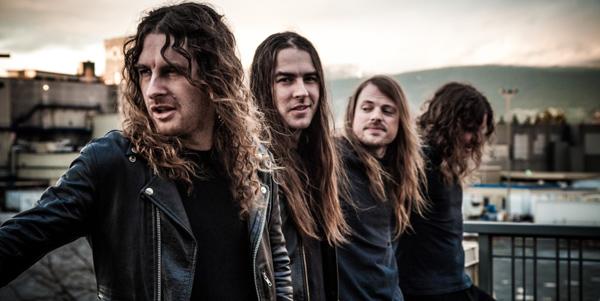 Ahead of their return with their third full length album “Black Dog Barking“, Australian hard rock band Airbourne have unveiled the first single from the album and are now streaming it online for their fans enjoyment. The song, entitled “Live It Up”, is the first offering from Airbourne’s new album which will be released in late May through Roadrunner Records, can be listened to below:

Airbourne will be appearing at this years’ Download Festival at Donington Park as part of the massive bill topped off with headliners Slipknot, Iron Maiden and Rammstein. Further updates from Airbourne will be available here as and when they become available.