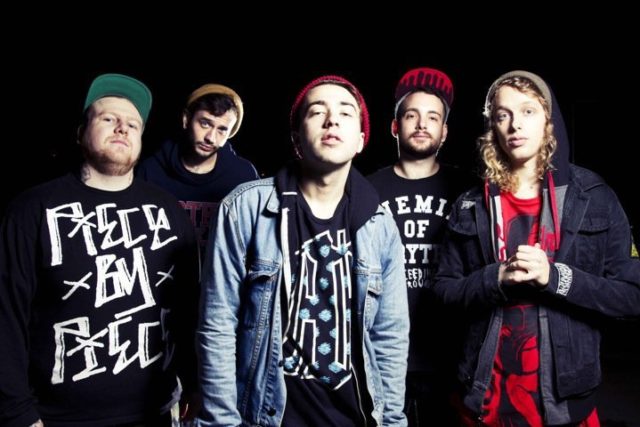 After the release of the fantasic Cold Chillin’ EP (read our review here), Your Demise hit the road on the Sink Your Teeth tour, Rocksins caught up with them for a chat during the tour.

Your Demise are no longer signed to a label any more, you’ve decided to move forward as an independent band, What made you want to do things that way?

Ed McRae: Easier, innit?
James Tailby: Yeah, it’s a lot easier to do things that way. We ended our deal with Visible Noise, It was a mutual agreement, and we thought, rather than get someone else to do everything for us, we’d just do it ourselves. It’s not really that hard, to be honest.

The new EP, Cold Chillin’, has been out for a few weeks now, how have people reacted to it?

Tailby: Really good, it’s been really good. I guess because it’s ‘heavy’ again…
Ed: “dduuuuuhhhhh it’s heavy again” haha
Tailby: People seem to be into it.
Jim Sampson: We’re opening with Karma on this tour and it’s going down alright.

Did the reaction to The Golden Age change how you wrote Cold Chillin’?

Ed: No, we always do what we want when it comes to writing songs, it just turned out that these were heavy.
Tailby: I’ve seen people say that it’s like a mixture of The Golden Age and The Kids We Used to Be…
Ed: Some of it’s not that heavy, there’s some singing on there.

Were you listening to anything in particular during the writing of the EP that inspired any songs?

Taibly: Err, When did we write the EP?
Ed: Before Christmas.
Taibly: There was that Thrice album, that helped us write a tune… Remember that?
Ed: No? Wait oh yeah!
Taibly: In the rehearsal studio, we were listening to a Thrice song, and it helped us write a song, I’m not sure which one though. In terms of influencing the way we write music, I don’t really know. We all just listen to hip hop basically. A lot of the stuff on The Golden Age was influenced by a lot of the punk rock we grew up with. And I guess Stu is really into metal.

On The Golden Age you had quite a few guest appearances, but there was none on the new EP, Did things just happen that way or was it a decision to move away from that?

Tailby: Nah, we just didn’t have time to get anyone in to record stuff.
Ed: We could probably have had all four tracks with guests on, if we wanted.
Taibly: It would have been nice to get someone on there, I suppose. I didn’t really think about it.

Is there anyone you’d really like to be able to get to feature on a song?

Tailby: That’s a really tough question, I hate this question. I want to give a really good answer…
Jim: Kanye West.
Ed: Yes.
Tailby: That’d sound sick too. What about David Guetta?
Ed: And Eddie Grant.

Over the last year or so, there have been a lot of heavier bands, like While She Sleeps, releasing albums that chart fairly high. Do you think Your Demise could ever be a band that could do that?

Tailby: It’s kind of circumstantial; it doesn’t really matter, does it? Sleeps are wicked and the album smashed it and we love those dudes, but it’s only first week sales. To get into the top 40 you’ve got to sell a couple of thousand records, it’s not a huge amount. Plus, we promote the sharing of music for free, because a lot of kids can’t afford to buy new records…
Ed: Sometimes you get it earlier.
Tailby: I’d rather people shared our music for free and listen to it, than not be able to afford it and not have it.

Is that why you weren’t bothered when Cold Chillin’ leaked?

Tailby: We were just about to go on tour, so it leaking a week early meant that kids got an extra weeks worth of listening to it.

What about the Three For Free EP?

Tailby: We just had those songs kicking about, so we thought we might as well give them away.

Taibly: Were going to a few places we’ve never been, so that should be fun. I guess the main aim is t tour as many of our favourite places this year.

Your Demise are touring all across the world over the next few months, including shows in Germany, at home in the UK including the Takedown Festival in Southampton, Mexico, The US and Canada. Full details are available over at their official website YourDemise.com 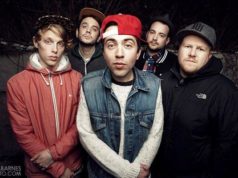 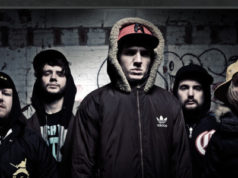 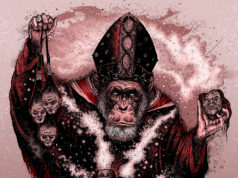