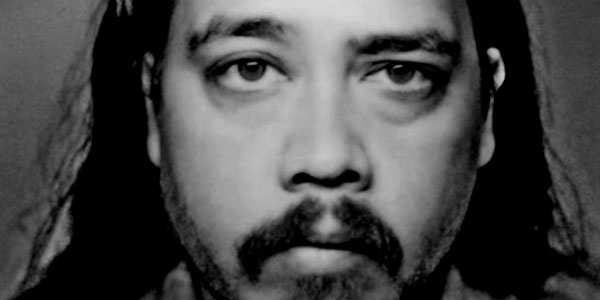 It’s fair to say that the rock community, when it comes down to it, is a fairly small one, so when we lose one of our own we all feel it on a personal level. Having heard of the sad passing of Chi Cheng, bass player and founding member of the Deftones, the outpouring of grief has been huge. What makes the Deftones special, apart from their unique sound, is their camaraderie. There aren’t many bands out there who kept a stable line up, and inspire such devotion from their fans, from the beginning.

That is one of the reasons Chi’s death is so devastating, that and the feeling that it was pointless. Chi Cheng was driving in a car in 2008 with his sister when they were involved in a collision with another car. Chi’s sister was wearing a seatbelt, Chi wasn’t. He was thrown from the vehicle suffering horrific injuries while his sister walked away with cuts and bruises. After spending many months in a coma Chi regained some consciousness and was able to move his feet on command. Unfortunately, however, he took a turn for the worse and passed away at 3am on Saturday the 13th of April 2013. He was 42 years old.

Tonight I am taking time out to grab a drink, listen to the Deftones’ back catalogue, and remember Chi Cheng; a true musical revolutionary.

For those of you not in the know the Deftones formed in 1988 in Sacramento, California. Childhood friends Chino Moreno, Stephen Carpenter and Abe Cunningham set up a jam session with Chi Cheng and within 2 years the band were performing on the LA circuit with then unknown acts, such as Korn. Before long the band were signed to Maverick Records (rumour has it they were spotted by none other than Madonna), and in 1995 the band released debut album Adrenaline. That album stayed in the Billboard Chart for 21 weeks and stemmed angst anthems 7 Words and Bored, and it really and truly changed the way rock music was made. It took traditional sounds and blew them out of the water.

Fast forward 3 years and a long haired, bespectacled, nerdy 15 year old Lisa Fox is staying up late on a Monday night to watch MTV SupeRock. In those days, there was no Kerrang! TV, Scuzz etc. It was SupeRock and that was it. On the TV comes a video -deliberately out there with colourful stretched band close-ups one minute, sharks the next. For me this was the song that changed EVERYTHNG. It was My Own Summer (Shove It).

Deftones’ second album Around The Fur showed us that music didn’t have to be moulded in to a little box – you didn’t have to be like everyone else. While other bands were trying to sound like their heroes (Nirvana had punk, Guns ‘n Roses had metal), Deftones’ brand of rock was really and truly their own. 2000’s The White Pony was the album that really saw Deftones hit the mainstream. By this stage music television was a lot more accessible and the internet made it even easier for alternative bands to get their sound heard. The eclectic mix of sounds on The White Pony made it a true work of art. Bouncing from melancholic masterpieces such as Teenager and Change (In The House of Flies) to anthems Back To School and Be Quiet And Drive, the album carved out a new niche for the Deftones, and ensured their sound was engraved in the hearts of a generation.

Their later works before Chi’s accident, the self-titled Deftones and Saturday Night Wrist, showed a change in style. Gone were the angst ridden lyrics to be replaced with a haunting maturity. Still creative and brilliant, but a little bit different. Exactly what the band had always stood for. I had grown up with the Deftones, and they had grown up with me.

I was fortunate enough to see Chi perform with Deftones on 3 occasions, and for that I am eternally grateful. Seeing a band of brothers perform in such a fluid and cohesive way is a beyond amazing sight to witness. I’ve moshed to 7 words, sobbed to Change (In The House Of Flies) and swayed to Minerva. Beyond all of this though, I’ve enjoyed Deftones passion and obvious love for what they do. This love is what has kept the band together, even without their fallen brother. There was nothing else like Deftones when I first heard them, and to be honest there still isn’t. Many have tried to imitate but none have been able to replicate. This sense of originality is something the band have never lost, and even after 2 more albums (totalling 7 plus Chi’s last recordings with the band, the as yet unreleased Eros) Deftones still manage to have a fresh and exciting take on music, which changes and shows something new every time I listen to them.

I hope that rock fans everywhere will join me in raising a glass to Chi. His death may be senseless, but let’s not dwell in that. Let’s keep him alive through the music he loved, for he was as much in the Deftones as the Deftones was in him. Chi may not perform on the Deftones latest album Koi No Yokan, but he is there. He will always be there. 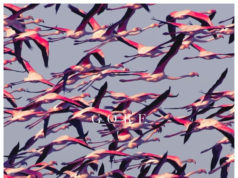