Rocksins hopes everyone enjoyed their weekend and the end to the football season! Whether you’re nursing a hangover, celebrating your teams’ success or facing a summer of football induced depression, we’ve got the ideal thing to kick start your week whatever your current disposition. Having last week previewed the first day of Download 2013 (read our Friday preview here if you missed it), we’ve got our preview of Middle Saturday ready for your reading pleasure (we hope). Please read on for our pick of the ten bands we think you should be checking out on the Saturday of the Download Festival 2013:

Having performed this show across America to virtually unparalleled acclaim (even for them), Iron Maiden bring the Maiden England show to their spritual home of Donington. Packed with classic song after classic song from their early eighties to early nineties period and with a cracking production package, Bruce Dickinson and the other five members of Iron Maiden (plus Eddie of course) will headline their third Download Festival (and first since 2007) with arguably the biggest Maiden show Donington will have seen with the possible exception of Bruce’s retirement tour from the early 90’s.

With Maiden being Maiden, some fans will always complain about the absence of certain songs from the setlist but Maiden England is a show to please all but the most picky of die hard supporters. We’re also stupidly excited about the prospect of hearing “Seventh Son Of A Seventh Son” in the flesh. We all know it’s going to be fantastic, so in the words of old time WWF announcer Mean Gene Okerlund – “Dont You Dare Miss It!”.

One of the pretenders to the throne of mainstream metal superstardom, Mastodon are the choice of critics and fans alike. They’ve even been on Jools Holland for crying out loud! Their most recent album The Hunter won them yet even more fans and they can seemingly do no wrong in recent years. Their return to Download after a length absence offers them an occasion to take one more step up the ladder, an ascent that may well see them headline Donington at some time in the future. Quite frankly your only excuse not to watch Mastodon is to be watching Katatonia instead, as they sadly clash. From Blood & Thunder to Black Tongue, Mastodon will have you headbanging and feeling the prog grooves in equal measures. Almost guaranteed to succeed.

One of the UK’s best up and coming rock bands over the last eighteen months, Young Guns are going to get the chance to show they can hang with the biggest and best of rock and metal on Saturday lunchtime at Download 2013. The youngest occupants of an experienced lineup on Saturday’s main stage billing, songs such as Bones and Brother In Arms are designed for events of this magnitude. Frontman Gus Wood is charismatic enough to rise to the challenge of such a massive crowd, and we think they’ll take this in their stride. Don’t miss them.

A band often referred to as part of “the original emo set” before the likes of My Chemical Romance popularised the term, Jimmy Eat World make their first appearance at Download since 2008. That year they second headlined the main stage, so this year finds them in a slightly less lofty position, but they are likely to be no less enjoyable. Last album Invented was a bit of a hiccup but the previous four albums all overflow with quality rock songs and there are likely to be singalong moments aplenty for the likes of The Middle, Chase This Light and Salt, Sweat, Sugar. Our pick for one of the performances of the day.

Making their first appearance at Download since 2006 just after their reformation with (then) new vocalist William Duvall, the return of Alice In Chains to Donington has been one of the most popular choices for the whole festival line-up this year.

Duvall’s vocal skills mean the great Layne Staley (RIP) is not missed in the live arena, whilst 2009’s Black Gives Way To Blue proves the band are still more than capable of producing a great album. With new album The Devil Put Dinosaurs Here due for release two weeks before Download Castle Donington may be granted the airing of a new song or two, but the old favourites are sure to elicit an almighty response. One of our “don’t miss” bands for the main stage on this Saturday afternoon of Download.

A band who seem best suited to performing in a dark, indoor venue or a tent, it will be quite odd to see them performing in the daylight mid afternoon on their Download bow, but Katatonia have been around for long enough to take this, like virtually anything else, in their stride.

Vocalist Jonas Renkse has one of the most distinctive tones around and with another brilliant album in Dead End Kings under their belt, expect a selection of tracks from that and other recent masterpiece Night Is The New Day. A band who often travel under the radar of many, this could be the opportunity for the metal mainstream to see what many of us have been enjoying for years.

One of the UK underground’s metal gems who got back together a couple of years ago after a hiatus, Earthtone9 bring their unique sound to the Download Festival for the very first time. Their music can be moody, atmospheric and crushing all at the same time, so performing in the Pepsi Max Tent as they are is likely to be the perfect setting for them. Like The Algorithm and one or two other bands we have highlighted for this years’ Download, this may be the moment when Earthtone9 become more widely known by the UK metal community. They deserve to be, because they are brilliant.

Brilliantly consistent and brutal, one knows exactly what they will get from Amon Amarth and their brand of turbo powered Viking Metal. Live favourites in the UK over the last several years having played with bands from Children Of Bodom to Grand Magus, this is their first return to Download since 2008. One of the purists choices for the weekend, Amon Amarth are likely to lay waste to the Zippo Encore stage and all that surrounds it. If you don’t have a painful neck from headbanging at their end of their set you’re doing it wrong.

One of metal’s grand statesmen, Hevy Devy will be appearing in a stripped down setting this year at Download, taking to the Acoustic Stage for the first time. One of the most anticipated events of the whole weekend for us here at Rocksins, we can only hope that the volume of the Acoustic Stage is loud enough to cope with what is likely to be a very large crowd. Jazz Hands for an acoustic rendition of Lucky Animals anyone? There’s no telling what songs Devin will pull from his almost endless back catalogue but it’s guaranteed to be a fantastic performance regardless. 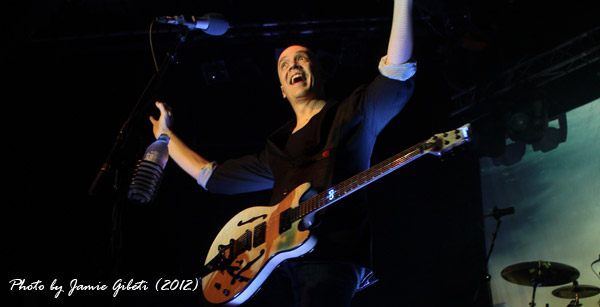 You could be doing this with Devin at Download 2013!

Another of the UK’s home grown products making great strides in their progress over the last twelve months or so, Bury Tomorrow have been a different band since becoming a member of the Nuclear Blast family. Their album The Union Of Crowns was one of the albums of 2012 and one of the finest metalcore albums for years, with songs like Lionheart and An Honourable Reign destined to be staples of the bands’ set for main years to come.

This is their biggest festival performance to date, and a prime opportunity for them to carry on their momentum of the last twelve months (furthered even more so by the success of their Rocksound tour with The Ghost Inside a few months back). In a couple of years everyone could be discussing Bury Tomorrow the way Bring Me The Horizon are talked about now. We wouldn’t bet against it.

So there we have it – another ten bands to put in your Download diary. Next week we’ll return with the final part of our build up to the 2013 edition of the UK’s main rock & metal festival – plus we’ll bring you any new updates in the mean time!