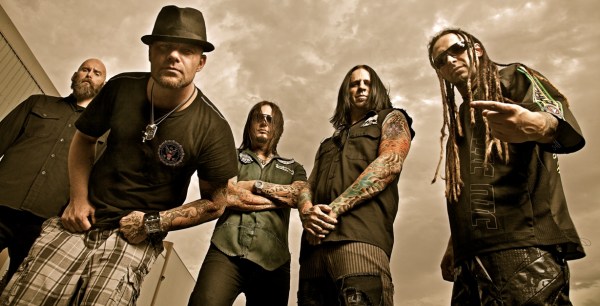 Following in the steps of bands such as Coheed & Cambria and Stone Sour, who have both released double albums split into separate parts over the last year or so, US metallers Five Finger Death Punch are to follow suit by releasing two new albums by the end of 2013.

We came off the road after a couple of great years of touring and were really amped up to write the 4th record. Everybody was in the right headspace and the band tighter than ever so it was a perfect storm. We jumped in head first and found ourselves 12-13 songs deep fairly quick but were still coming up with better and better material so we looked at each other and said…. ok why stop there ?… let’s keep going. Once we passed the 24th song we knew we’re going to have to do a double album. We had this massive amount of music that’s very dear to us, possibly the best material this band has ever created. At that point there was no way to decide which songs to leave off the album. So we made the decision to release them all.

Five Finger Death Punch recently teamed up with Judas Priest’s legendary frontman Rob Halford to perform their new single Lift Me Up at the US Revolver Golden Gods awards. They’ll be following this up by also appearing at the UK Metal Hammer Golden Gods in London on June 17th, a day after they appear on the main stage at the Download Festival at Castle Donington alongside several other European festival appearances.

Further updates on Five Finger Death Punch including any further news on both parts of their double album will be available here as and when we get it.