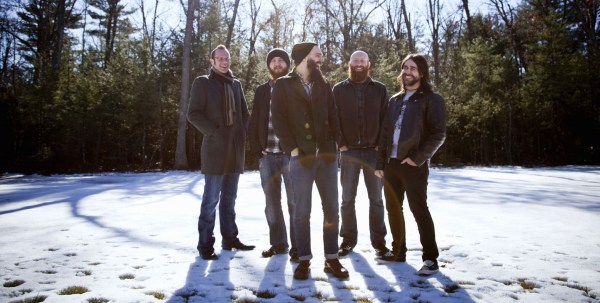 Just a quick reminder to all our readers and lovers of metal across the UK, one of the most awesome tours you’re likely to see all year kicks off tomorrow in Manchester. Of course, it’s none other than Massachusetts most successful metal export of recent times Killswitch Engage, gearing up for their first UK tour since the return of original singer Jesse Leach and also their first since the release of the cracking new album Disarm The Descent.

Also on board with Jesse, Adam D and co for the tour in the main support slot are friends of Rocksins, Reading’s modern thrash masters Sylosis. Coming off their biggest ever UK headline tour back in January (read a unique review of that here) and with their critically acclaimed third album Monolith in tow, Sylosis are going to provide Killswitch Engage with one hell of a warm up. Opening up the tour are Californian newcomers Heartist, who like Killswitch are signed to Roadrunner Records. If you’re not familiar with Heartist, here’s a lyric video for one of their songs to give you a taste.

While we’re at it, let’s have another dose of the fantastic In Due Time from Disarm The Descent too!

Since we’ve included videos for the other two bands, let’s round it off with Sylosis’ latest brutal single, Fear The World:

Reports indicate the whole tour is virtually sold out though you might get lucky phoning venues direct to see if they’ve had any returns or last minute batches of tickets put on sale. The full tour dates are listed below:

There’s not much left to say except how much Rocksins is looking forward to this tour. We’ll be covering both the Glasgow and London shows so expect some reviews to surface in the days to come! For those of you lucky enough to have tickets, we’ll see you down the front!