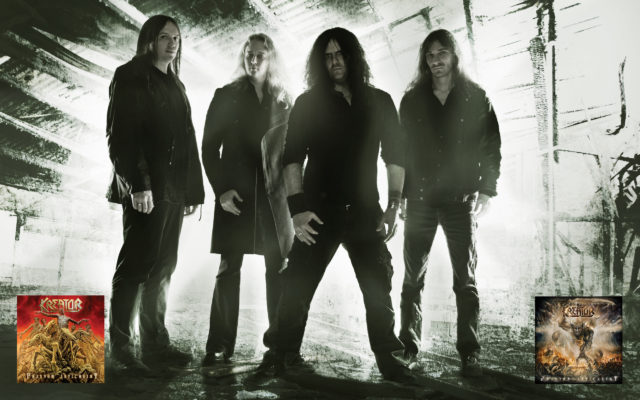 First on-stage, SSS (5) are fairly forgettable, the band remaining static and seeming glued to their allotted area of stage. The lack of an engaging visual spectacle fails to animate a set of fairly mediocre crossover thrash songs.

Xentrix (7) incite an animated response from the growing crowd. An impressive response for a band that haven’t been active in twenty years! Xentrix’s music is very much reminiscent of Rust in Peace era Megadeth, combining technical riffage and sudden tempo changes Xentrix’s set is greatly augmented by the enjoyment the members show at being back on the stage together.

Main support act Evile (8) raise the bar yet again, with an injection of youthful enthusiasm into their stage craft. Not that this thoroughly partisan crowd needed any winning over, a testament to Evile’s sheer hard work over the past six years. Tonight’s setlist however is, unfortunately a bit hit and miss, two new tracks see an airing but there’s still plenty of space in the setlist for other material. Which makes it the more disappointing when a paltry two songs from the first two albums are included, half of tonight’s setlist coming from latest release – ‘Five Serpents Teeth.’

Tonight’s headliners Kreator (9) take the bar that Evile raised, break it over their knee and use it as a crude bludgeon to chase away all the pretenders to Kreator’s thrash metal throne. Kreator are simply brutal tonight, the fake severed heads hanging from frontman Mille Petrozza’s microphone stand serving to further highlight the “take no prisoners” attitude that this band adopt toward their live shows. Tonight’s setlist sees a focus on new(er) material, particularly latest album Phantom Antichrist but there’s still plenty from the ‘classic’ era mixed in – most pleasingly the, by-now traditional finisher of Betrayer, Flag of Hate and Tormentor. There will always be that guy griping about the lack of more Pleasure to Kill era material, but in the end it doesn’t matter when Kreator continue to put on such uncompromisingly savage shows. 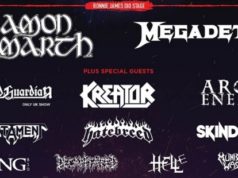 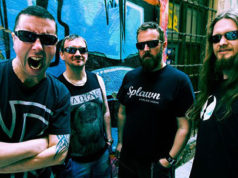