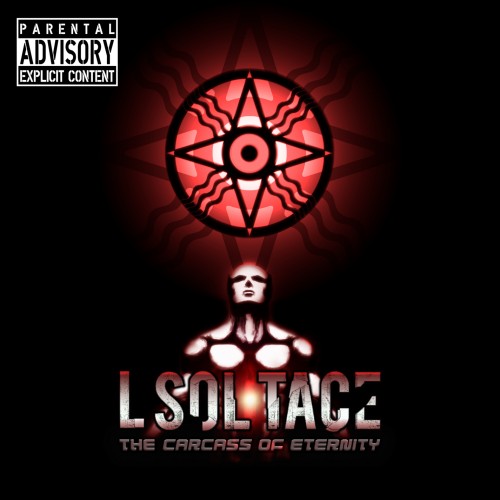 L Sol Tace are a name in British metal that many won’t be familiar with. Having been around for a couple of years now, the London based four piece recently struck a massive break; Their debut album The Carcass Of Eternity was given away with the April 2013 edition of Terrorizer magazine, catapulting L Sol Tace’s music into the hands and homes of thousands of metalheads. Now it’s Rocksins’ turn to take a look to see how one of the newer faces from the British metal rising pack match up against the competition.

So, what do they sound like? The riffs are brutal, the drumwork is delivered with metronomic precision, often with the power of an eighteen wheeler truck at full speed and Anton Swan’s vocal work is one of the best “growled” metal vocals of recent times. In amongst all that however, there is some great melody, particularly in the guitar work. If one were to make a musical comparison, L Sol Tace sound at times like an early Devildriver (think self titled album / The Fury Of Our Makers Hand) mixed with the odd bit of Machine Head and Arch Enemy. I’d be very surprised if Dez Fafara wasn’t one of Anton’s singing role models and influences – but in this reviewer’s opinion that can only be regarded as a good thing.

In terms of individual tracks, Mistress Of The Sun showcases great versatility, beginning with a softly sung intro (think Descend The Shades Of Night or I’m Your God Now from Machine Head’s back catalogue) before launching it’s full assault, veering between the melodic and the crushing on alternate riffs, and it also features a monster of a guitar solo. The beginning of “Rise” will have live audiences bouncing and smashing seven bells out of each other with it’s military command style orders of “Rise, Rise” mixed with a riff that sounds on the verge of pure evil and album opener The Void Of God offers a multi-riff assault of varying speeds allied to a vocal that is verging on Shagrath growing territory. The quality is maintained throughout, this is an album you can quite happily play start to finish without skipping a single track.

Throughout L Sol Tace’s debut album you can clearly hear certain influences on their style, but that does not mean they are imitators – far from it. They are a band who have written music in the style that they clearly enjoy but put their own distinctive stamp on it – something that so many bands struggle with at this early stage of their careers. This is a fine debut album that bodes very well for the future, so go out, buy the album and catch the band on the road so that they can afford to make number two. Highly recommended.

If you want to know more, check out L Sol Tace on their Facebook page.