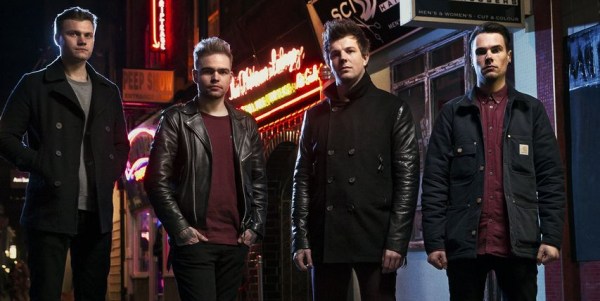 Crewe four piece band Blitz Kids have been one of the rising stars of the burgeoning UK rock scene over the last couple of years. Prior to their appearances at the Slam Dunk & Download Festivals, Blitz Kids’ guitarist and vocalist Jono Yates sat down with Rocksins for a short chat. Read on for the details…

Thanks for taking the time to talk with us! Can you just introduce your band for anyone who hasn’t heard of you?

We’re called Blitz Kids and we play good songs in a good band.

You were on tour with Lower Than Atlantis recently, was that a good tour for Blitz Kids?

Yeah it was great to play our new songs live, and the crowd reaction was brilliant! We’d already toured Europe with them sharing a bus, so we were already used to spending time on the road together.

Are you looking forward to your appearances at Slam Dunk? With the festival having expanded to more locations do you view that as a big opportunity to attract new fans?

Yeah, of course. It’s always fun playing to festival crowds, because you get your fans at the front, and the curious bystanders by the bar. Hopefully we can convert a few people.

Probably the dumbest question of the interview, are you excited to play Download?

More than anything. Pretty nervous as well to be honest! We’ve never played on a stage that big, so it’s very daunting. But it’s always been a dream of ours to play on the bigger stages at festivals, so we’re going to love it!

Your new single, “On My Own” was released recently (May 13th 2013), what made you choose this song for the single release?

I think it’s the song on the album that has the most immediate impact. It’s not necessarily the best, or the catchiest. But as a debut single, I think it was the right choice to get people’s attention again after Never Die, which was quite a slow burner in comparison.

Can you give us any more details about your upcoming album yet?

It’ll be out in September, with 12 tracks. We’ve got a name too, but that’s being announced soon with the artwork.

In an ideal situation, how would the rest of 2013 pan out for you?

We release a few singles, then the album, and sell out a small headline tour at the end of the year. I’d settle for a decent support slot as well though. Anything that keeps us moving forward at the rate we are currently.

To finish off, tell us a random, interesting and funny (if appropriate) story about one or more members of Blitz Kids or people connected to the band!

We all have ‘James’ in our names somewhere. We were going to be called the James Brothers, but some guys called Jonas kind of ruined that dream, so we’re stuck with Blitz Kids.

Blitz Kids’ next single “Run For Cover” will be released on August the 5th as a 7″ vinyl and via Mp3 download, ahead of the September 2013 release of their album, which has recently been given the title “The Good Youth”. You can check out “Run For Cover” below: 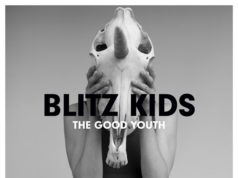 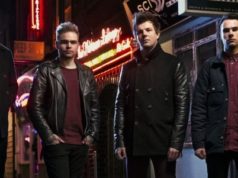