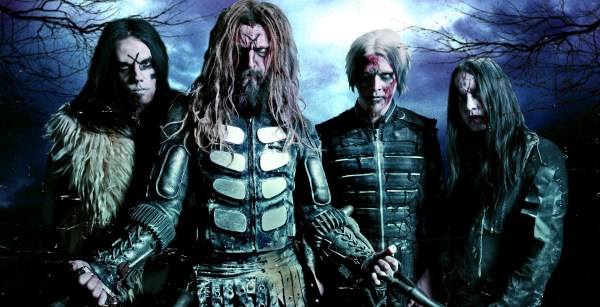 One of Download’s most wanted acts over the years was the one and only Rob Zombie, and two years ago at Download 2011 the people finally got their wish as Mr Zombie and his band headlined the second stage on the final night of the festival. Another entry in the catalogue of Download Festival’s that was dominated by quite frankly bloody awful weather, the rain gods relented to allow Rob and co to deliver a fantastic set (not that a little rain would have stopped him, but made it all the more enjoyable for the masses watching).

One of the highlights of a Rob Zombie set is always the song Superbeast, so please take four minutes out of your day and enjoy the Superbeast performance from Download 2011 below:

Rob Zombie recently released his brand new album Venomous Rat Regeneration Vendor, which has gained some of Zombie’s best reaction from fans and critics alike since his breakthrough solo album Hellbilly Deluxe. Further Rob Zombie updates will be brought to you here at Rocksins.com when we have anything to report.

We are of course just TWO DAYS away from the campsite opening at the 2013 edition of the Download Festival headlined by Slipknot, Iron Maiden and Rammstein, who are topping the bill of over 100 bands across five stages. Believe it or not you could still snag a ticket if you wanted to, so if you haven’t, and can afford to go, what are you waiting for?!

If you’re twiddling your thumbs waiting for the festival to start, eat up some of the time by reading our preview of the event, the links to which are below: