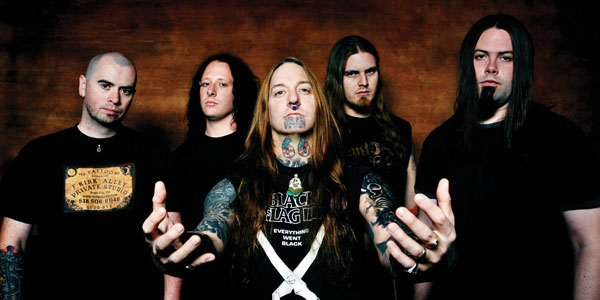 DEVILDRIVER have revealed the tracklisting for their new release Winter Kills. The album will be released August 26th in the UK via Napalm Records.

Winter Kills will be available in four configurations including a Deluxe Digibook with CD (including two bonus tracks: “Shudder” and “Back Down to the Grave”) and a Live DVD. The live DVD is devildriver at their rawest, seeing them play crowd favorites such as Clouds over California and The Wretched. Winter Kills will also see the first release of a 2 LP Gatefold edition from the band which includes 2 bonus tracks and a digital download

The band recorded the album in Florida at Audio Hammer Studios and vocals in Los Angeles, CA at Dez’s home studio with Mark Lewis (Black Dahlia Murder, Whitechapel, All That Remains) handling production duties. DEVILDRIVER has worked with Lewis previously on “Beast” and “The Last Kind Words” and producer Mark Lewis’s prolific leadership of the new school of metal has yet again helped DEVILDRIVER deliver another Epic heavy Metal record. This record melds what the band does best. In your face power as well as the California Groove sound the band pioneered.