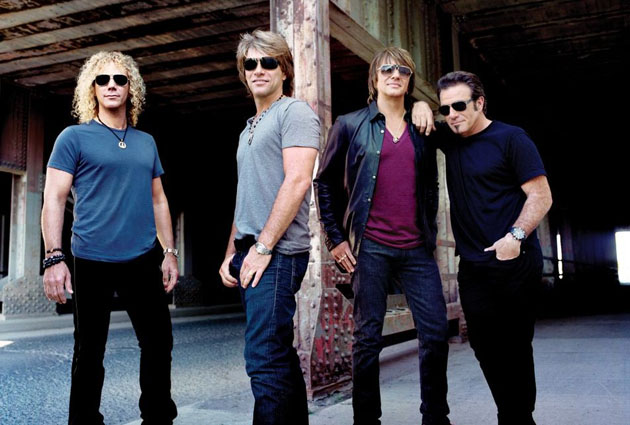 This is not a sales pitch but just something we noticed this morning so we thought we’d help our readers try to get cheaper tickets to one of the best live rock bands on the planet! For the next couple of days fans of Bon Jovi can get half price tickets to their Birmingham and Manchester stadium shows through Groupon. The gigs take place on the 8th of June at the City Of Manchester Stadium (or the Etihad to Manchester City fans) and on the 9th of June at the home of Aston Villa, Villa Park in Birmingham. These shows form part of Bon Jovi’s 2013 “Because We Can Tour”. The link to the groupon offer is below:

In addition to these two shows, Bon Jovi are playing multiple other UK dates this summer, including appearing as one of the headliners at the Isle Of Wight festival and performing a show in London’s Hyde Park as well as other stadium shows in Glasgow, Sunderland and Cardiff. There is also an Irish date at Slane Castle in Dublin. Any further pieces of news from the Bon Jovi camp will be brought to you here at Rocksins.com.