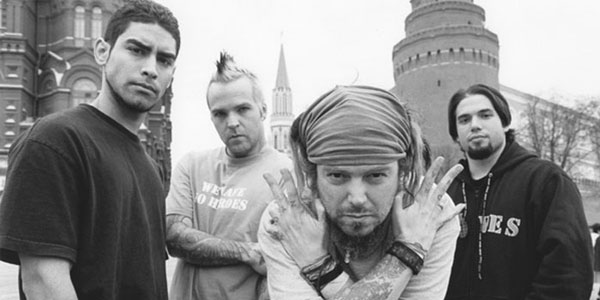 Having signed to Nuclear Blast Records earlier this year after two decades with Roadrunner Records, Brazillian metal stalwarts Soulfly have been hard at work in the studio, creating their first album for their new record label home. The album does not yet have a title, but Max and the rest of the band, including Zyon Cavalera (Max’s son) on the drums (for the first time) have created some video updates to let their fans know what they’ve been up to. The first two of these updates are now available for your viewing pleasure, and can be seen below:

Soulfly – In The Studio 2013 Update Part One

Soulfly’s main man and metal legend Mr Max Cavalera, upon being asked about the band’s signing with Nuclear Blast Records earlier in the year, had the following to say:

“I’m really excited to be signing SOULFLY to Nuclear Blast Records. On top of it, we’re going to be reunited with Monte Conner who I’ve worked with for over 20 years at Roadrunner. SOULFLY ‘s new album is going to be recorded in Seattle with the great producer Terry Date, and it’s going to come out later in the year through Nuclear Blast worldwide. Keep it metal!”

If you want to keep up-to-date with the very latest from the Soulfly camp, you can check out their official website at www.soulfly.com. If we get any further updates from Max and the rest of Soulfly we will of course endeavour to bring them to our readers here at Rocksins as well.