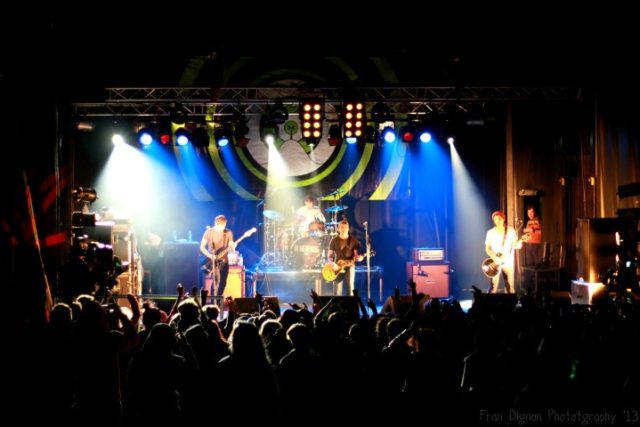 Opening up the mainstage is local band 13:32 (6) who despite their incredibly young age play a set of decent hard rock tunes and even throw out a cover of Avenged Sevenfold’s “Unholy Confessions”.

Following them The Bottom Line (5) fail to impress as they just sound like a poor Blink-182 tribute act whilst over on the Glory Or Death stage The Call Back Academy (7) were kicking things off with their blend of Metalcore and Pop-Punk even getting a cheeky wall of death going during their final song.

Set Your Sails (6.5) pulled in a big crowd which may have been helped by the fact it was raining and whilst their Post-Hardcore songs got a good reaction from the crowd they were nothing compared to what followed. Aurora (8.5) were definitely the biggest surprise of the day, sitting between Paramore and Arch Enemy, Aurora blend pop melodies with brutal death metal and manage to sound unlike anyone else at the festival while front-woman Jessica Calvesbert leaves several jaws on the floor due to her incredible vocals and performance.

Following this was going to be difficult but Now Voyager (8) easily manage with their epic Post-Hardcore songs while The Valiant (7) get the pits moving but are cut off during their final song due to the stage now running late. 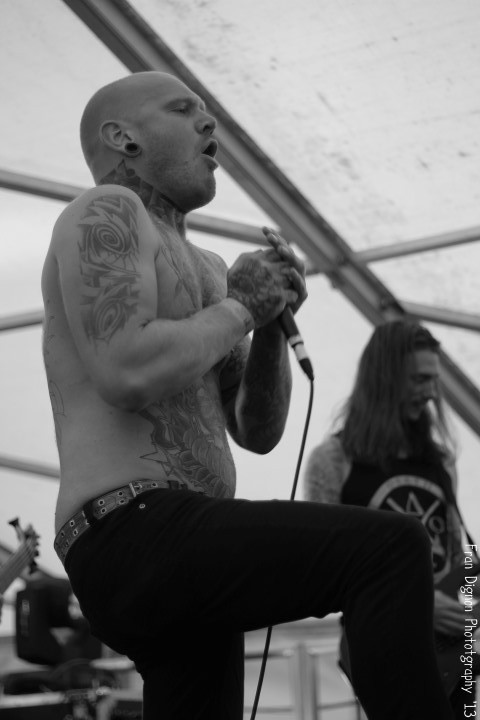 Unfortunately for Palm Reader (7) the tent empties considerably before their set leaving them playing to the smallest crowd of the day so far, however they are also the first band to really pull in dedicated fan who go mental for Palm Readers furious hardcore assault.

Continents (8) suffer a similar problem to Palm Reader but again manage to pull in some dedicated fans who flail their limbs and sing along to every Hardcore song the band throw out. 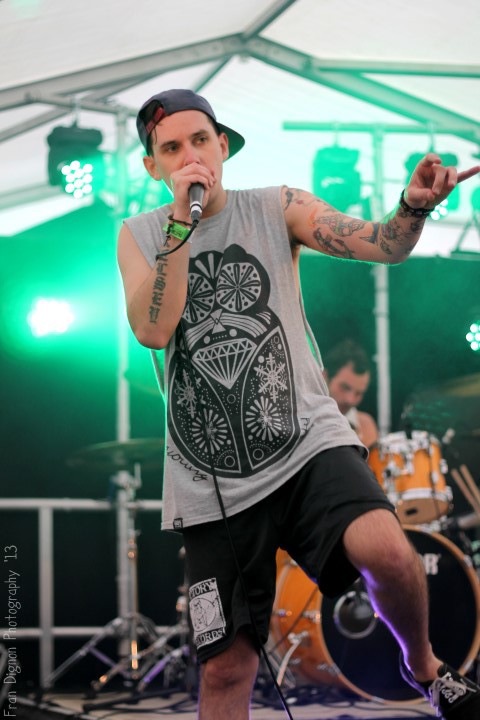 Despite their best efforts Hildamay (6) get absolutely nothing from the tiny crowd watching them, they still blast through their set of Punk-Rock tunes but the people watching just aren’t interested. 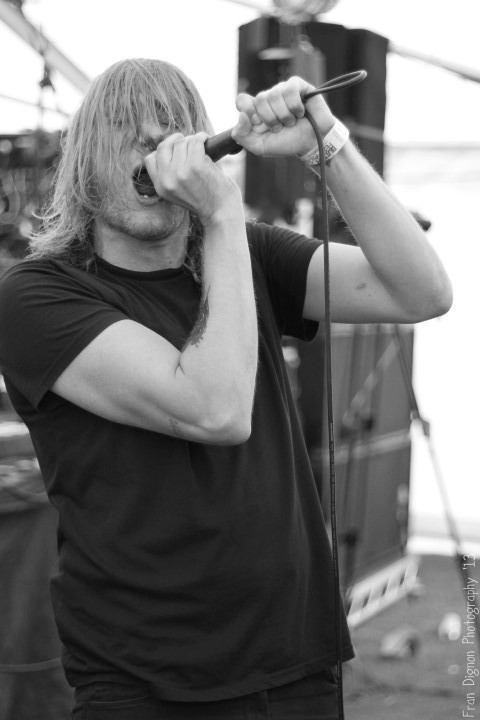 Luckily the tent fills back up for Marmozets (8.5) as they prove why they are one of the most exciting young bands in the UK right now. With a set that balanced older material such as “Onemanwolfpack” with newer songs like “Born Young And Free”, Marmozets are constantly enjoyable as they play with almost endless energy and even played a brand new song “Is It Horrible” for the first time before wrapping things up with Vexed with saw guitarist Jack Bottomely and bassist Will Bottomley make their way into the crowd to play.

Hacktivist (9) or “Hacktivitist” as many Butserfest posters seemed to call them have divided members of Rock Sins in the past but today they are on fire. Pulling in the biggest crowd on the Glory Or Death stage of the entire day their Djent-Rap fusion gets everyone bouncing. Co-frontmen J Hurley and Ben Marvin controlled the crowd with such ease and huge chunk of the crowd rapped along to closing song “Unlike Us”.

As Heights (8.5) took the the stage the Glory Or Death tent was the emptiest it had been for the whole day but when they kick into “Eleven Eyes” it is immediately clear that everyone watching is a huge Heights fan. The band play furiously and mix songs from debut album Dead Ends with new album Old Lies For Young Lives with every fan singing along to moshing to every song. At the end of the set frontman Alex Monty hops the barrier to thank the fans showing how much the band appreciated those who came to watch.

By the time Heights finished Mallory Knox (6) hadn’t even taken to the stage yet due to how late the main stage was running. When they finally do the screams from the huge crowd are deafening but the moment the band start playing it all falls apart. The sound on the main stage for Mallory Knox is absolutely awful, with the vocals barely being audible and the instruments sounding like a mess. None of this is Mallory Knox’s fault but it really hurts their set, not that the huge crowd seems to care with them still singing and jumping around to every song.

Glory Or Death stage headliners Bleed From Within (9) also suffered from having a small crowd, likely due to Mallory Knox still playing as the tent does fill up more halfway through their set but this didn’t stop them from blasting through the heaviest set of the day. With a setlist heavily focused on their brilliant latest album “Uprising”, Bleed From Within sound colossal with Scott Kennedy constantly screaming at the crowd to bang their heads to the pummeling riffs that guitarists Craig Gowans and Martyn Evans fire out.

Finally it was time for We Are The Ocean (9) to bring Butserfest to a close, playing to a noticeably smaller crowd than Mallory Knox they didn’t seem to mind. We Are The Ocean lead the crowd through over an hours worth of sing-alongs and Liam Cromby knew exactly how to play up to the young crowd. It was a shame that because the main stage was running so late so many of the crowd had to leave before the end but WATO still sent wrapped Butserfest up on a high with the acoustic “Chin Up Son” (with a little bit of Raining Blood thrown in) and closing song “Young Heart” getting everyone singing.