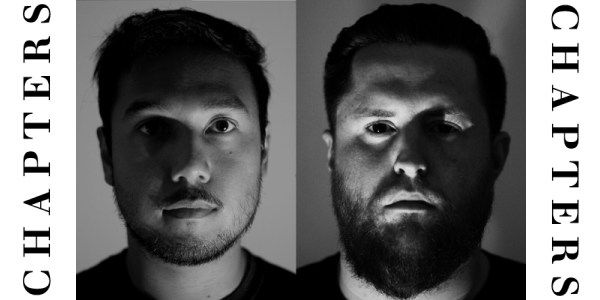 After numerous issues, delays, hiccups and unforseen circumstances, London progressive metal outfit Chapters are delighted to confirm the release date of their début album. Chapters first full length effort is titled “The Imperial Skies” and will be available to the metal masses from next Monday, 14th October 2013.

Chapters front man Joe Nally is understandably delighted that the album’s release is almost upon us:

It’s been a long time coming and we’ve certainly had our make or break moments over the years, but we’re thrilled to finally release ‘The Imperial Skies’ to our fans. With ‘The Imperial Skies’ we really wanted to portray all of our influences as musicians to create a diverse and experimental album to showcase what Chapters is all about. The support that we have received from our fans has been amazing and it’s exciting to finally give people our debut album.

The Imperial Skies features guest appearances from Sylosis main man Josh Middleton and Viatrophy singer Adam Mayes who each feature on one song apiece, and soloist Sian Sanderson, who lends her considerable voice to two tracks on the album. The Imperial Skies was produced by Sam Burden and recorded at Empire Recording Studios in Guildford.

Anyone who’d like to pre-order the album or pick up any other Chapters related merch can do so at the Chapters Big Cartel store on the link here —-> https://www.chapters.bigcartel.com/

The track listing and album artwork for The Imperial Skies follow below: For anyone who’d like to listen to an exclusive preview of The Imperial Skies, Chapters have put a teaser video together on YouTube with snippets of all the tracks, you can have a listen below:

Further updates from the Chapters camp, including a review of The Imperial Skies will follow soon. In the meantime, please follow the guys on Facebook and Twitter and get those pre-orders in for the album!