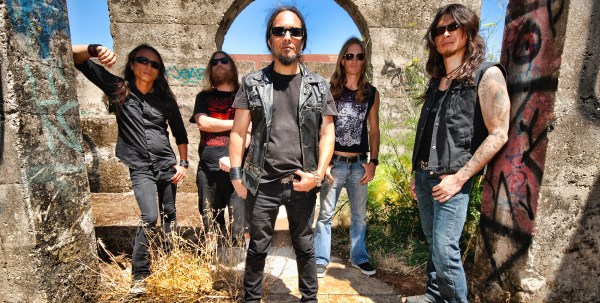 Like a dose of classic thrash metal? Then you should be very pleased with the news that there is new music available from Bay Area thrashers Death Angel for your listening pleasure. The band are streaming a new track from their forthcoming album The Dream Calls For Blood over at their website. The song, entitled Son Of The Morning, can be heard at the following location – https://www.deathangel.us/#!tdcfb/c6sm

The full track listing for Death Angel’s new album The Dream Calls for Blood can be seen below:

The Digipak version of the album also features the bonus track Heaven & Hell, as well as a special “making of” DVD documentary entitled “The Making Of The Dream Calls for Blood”. You can pick up the album from the Nuclear Blast store on Amazon at the following link – Nuclear Blast Records on Amazon.co.uk.

In addition to streaming Son Of The Morning, Death Angel recently released a lyric video for the title track from The Dream Calls For Blood, and you can check that out right here:

Death Angel’s guitarist Rob Cavestany had this to say about the video:

The Dream Calls For Blood will be released through legendary metal record label Nuclear Blast Records on the following dates:

Death Angel will be hitting the UK for a one off show at the London Underworld in Camden Town on December 10th 2013 as part of their late 2013 European Tour. Support on the tour will come from German metallers Dew-Scented. Further updates from the Death Angel camp will be reported here as and when we have them.